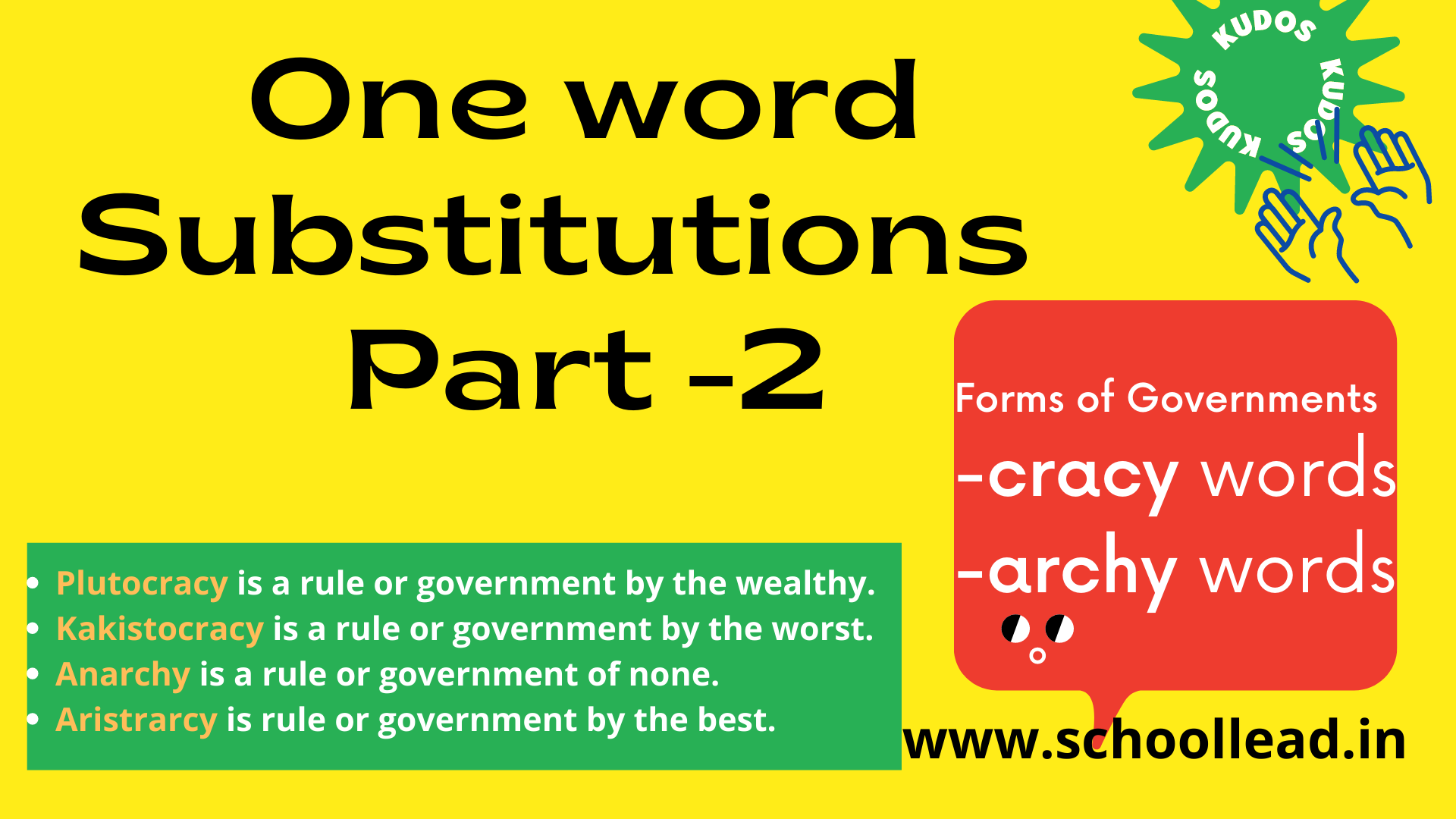 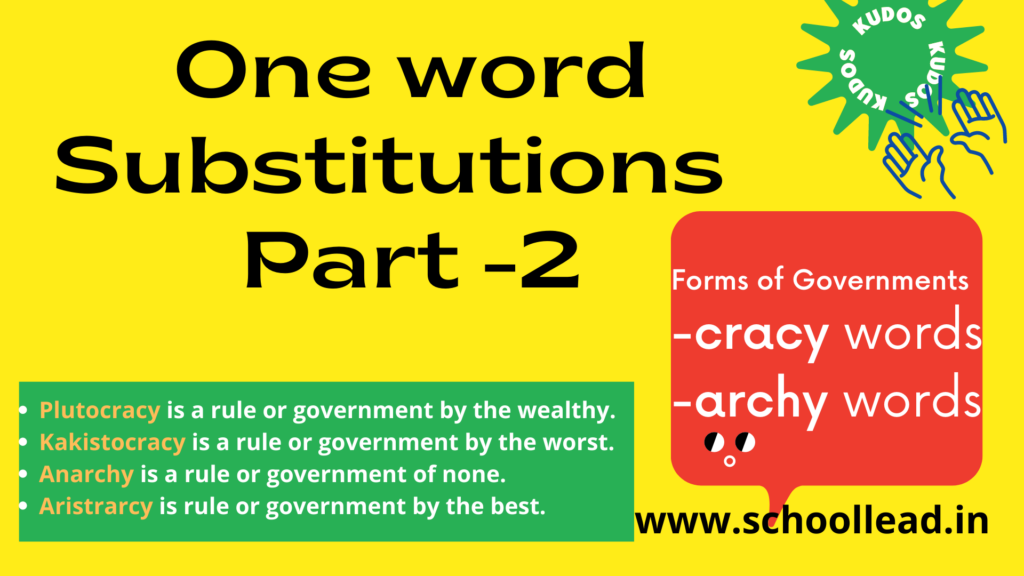 –cracy words and -archy words of One Word Substitutions:

The suffixes -cracy and -archy came from Greek.  The meanings of the suffixes are -cracy means ‘power’ and -archy means ‘rulership’. These –cracy words and -archy words as part of one word substitutions in English talk about the forms of government.

Examples of governments formed with these one word substitutions :

Here is a long list of –cracy words and -archy words which indicate the form of government.

Also, some other one-word substitutions which explain the forms of government have been given here for your reference.

A rule or system where a country’s trade and industry are controlled by private owners for profit, rather than by the state.

A policy or practice of acquiring full or partial political control over another country, occupying it with settlers, and exploiting it economically.

A system of rule or government where the state is seen as a loose federation of self-governing communities.

An organization of a state based on a corporative policy.

the rule of an absolute, or tyrannical government

A rule or government by a dictator or dictators

A system where the means of production should be spread as widely as possible rather than being centralized under the control of the state.

A system in which people were given land and protection by people of higher rank, and worked and fought for them in return.

A rule by an emperor or a system of the imperial government.

A form of government that interferes minimum with individual rights and civil liberties.

A system or government formed by elected representatives of the people, rather than by a king or queen.

A political system based on the idea that all people are equal and should share equally in a country’s money.

A political system where we find only one political party which controls everything and does not allow any opposition parties.

The state or fact of being organized in a tribe or tribes.

A form of government by a tyrant or tyrants.