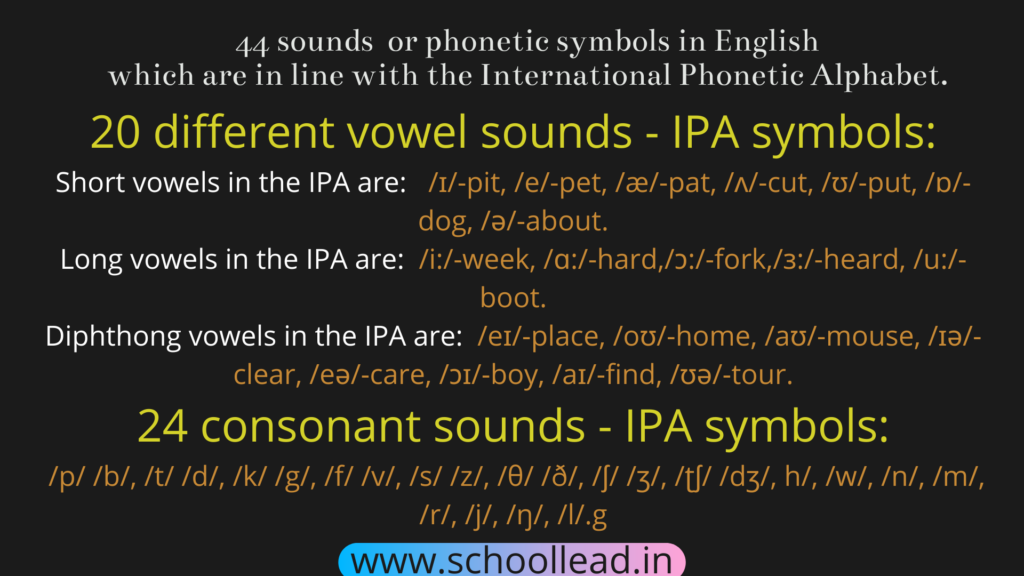 Here in this article, you find the basic knowledge of 26 letters of the English alphabet of four types and 44 different phonic sounds or phonetic alphabet developed by the International Phonetic Alphabet.

Generally, we find four types of the alphabet used in the English Language. 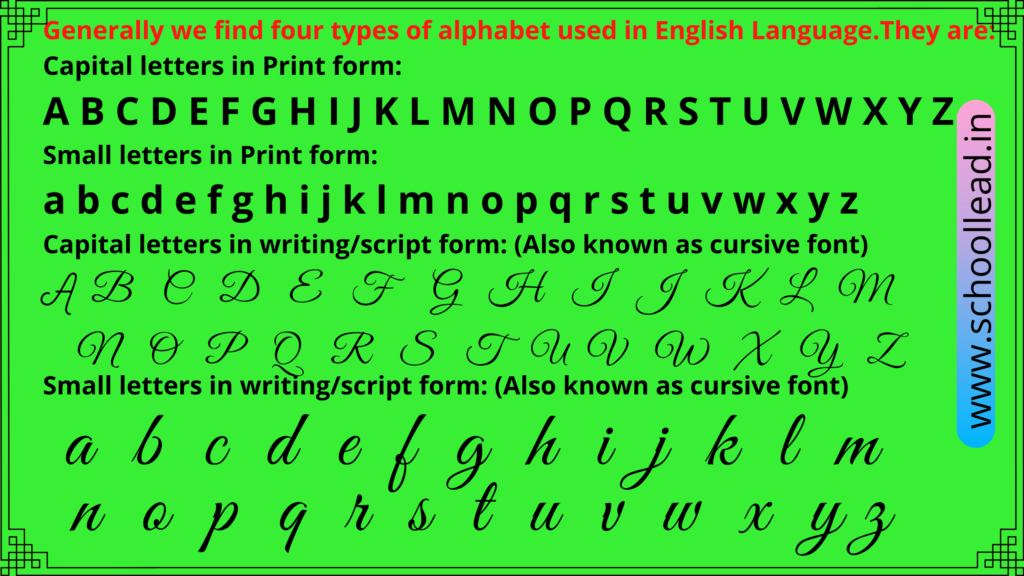 These letters of the alphabet in English are divided into

W is  used as a consonant in the words like – was, who, when, what, whether etc.,

Y is used as a consonant in the words like – yarn, yearning, yoke, you  etc.,

A more detailed chart is provided below wherein you find capital letters, small letters with their phonetic symbols, and how to pronounce them.

These 44 phonetic sounds in English which are also called phonemes or phonetic symbols mentioned here are in line with the International Phonetic Alphabet (IPA).

Since English is not a phonetic language, these IPA symbols are really helpful for the learners of the language.

The English language seems to be very complicated because of its spelling rules and silent letters. So, the IPA helps to learn the correct sounds, word stress and pronunciation.

There are five letters of vowels used to make 20 different phonemes or phonetic symbols in the English language.

And these vowel sounds have been divided into three categories for the sake of easy understanding.

There are 21 consonants in English which represent 24 different consonant phonic sounds.  Like vowels, the consonant sounds have also been divided into several categories like

Plosives: These are consonant sounds that are made by stopping air flowing out of the mouth, and then suddenly releasing it.

Fricatives: These are consonants produced when air passes through a narrow channel between two articulators.

Affricates: These are also called semi plosives.  These consonant sounds begin as a stop (sound with complete obstruction of the breath stream) and conclude with a fricative (sound with incomplete closure and a sound of friction).

Nasals: These are consonant sounds in which the escaping air passes through the nasal cavity.

Approximants: These speech sounds are formed by the passage of air between two articulators (such as the lips or tongue) which are close but not touching.

Lateral: This consonant sound occurs when the tongue blocks the middle of your mouth so that air has to pass around the sides

The following 3 consonant letters have not been mentioned in the above list because they don’t have their own unique sound.

The names for the main places of articulation are shown in the diagram and the table below to understand the phonetic transcription in an easy manner.