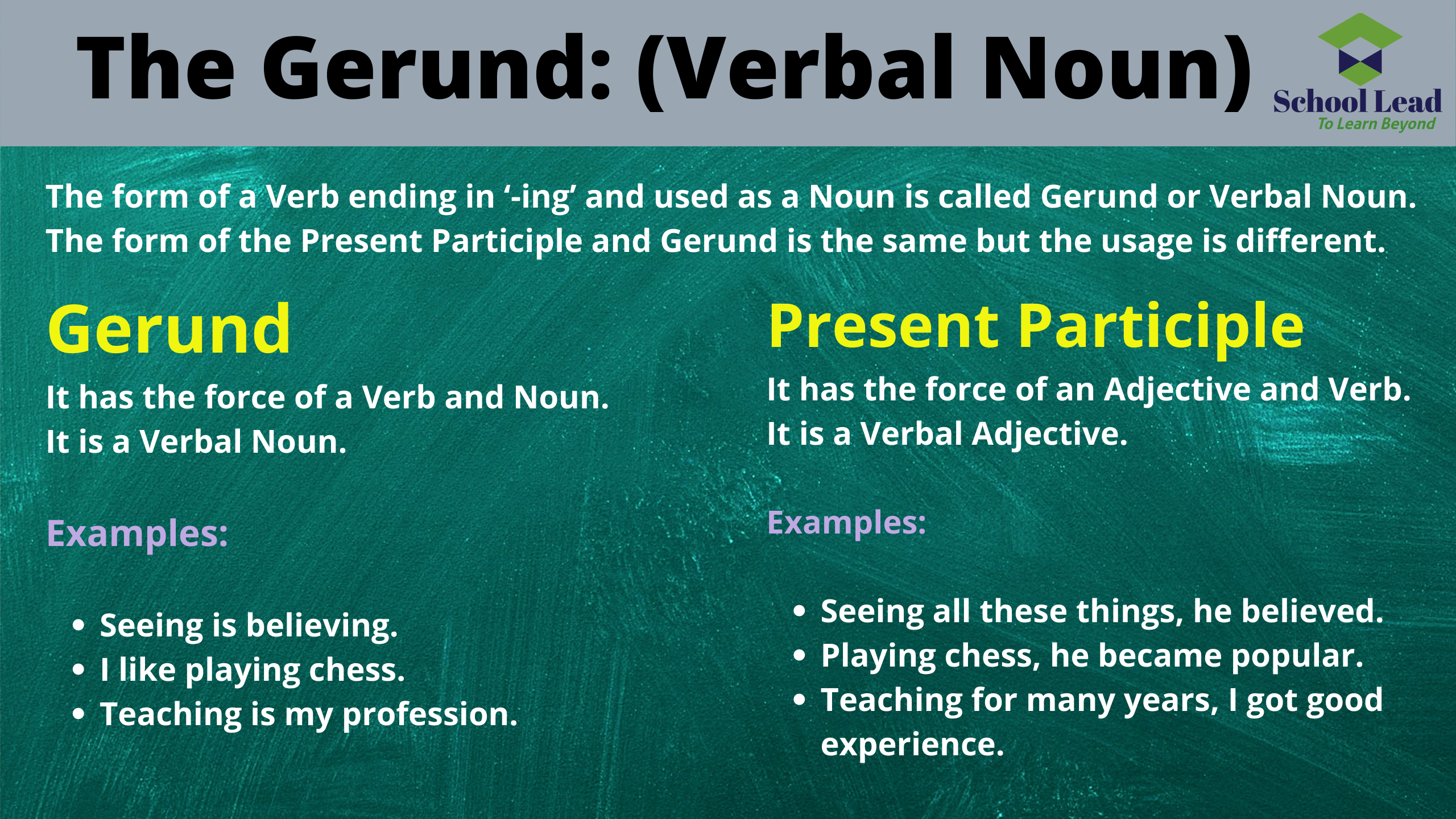 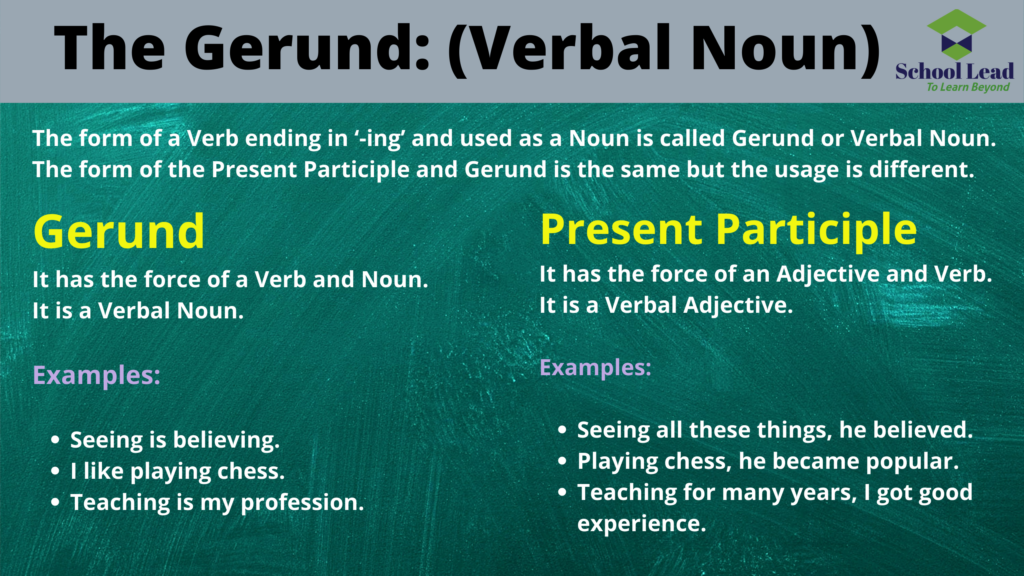 The form of the Verb ending in ‘-ing’ used as a Noun is called Gerund or Verbal Noun.

The form of the Present Participle and Gerund is the same but the usage is different.

Gerund: It has the force of a Verb and Noun. It is a Verbal Noun.

Present Participle: It has the force of an Adjective and Verb. It is a Verbal Adjective.

Uses of the Gerund:

As the Subject of a Verb

As the Object of a Verb

As the Object of a Preposition

Verbs with Prepositions followed by Gerund

In Apposition to a Noun

(a verb + preposition or adverb)

We use Gerund after some phrasal verbs with “to” as a preposition like:

to look forward to, to take to, to be accustomed to, to get around to, and to be used to.

In some fixed expressions

Correct use of the Gerund:

When Noun or Pronoun is used before a Gerund, we have you use its possessive form.

But, we don’t use Possessive Case with the Gerund in the following situations.

2. When the Noun refers to a lifeless thing and comes before a Gerund.

In certain compound Nouns, Gerund + Noun is always used as only Nouns but not as     Adjectives.

Use of ‘Being’ and ‘Having’ as a Gerund:

Use of ‘Being’ as Gerund

Here, “being” is used with an adjective, a prepositional phrase, and a noun.

Being expresses the experience or condition.

Use of ‘Having’ as Gerund

‘Having’ can be used as the Subject, Object of a Preposition, or Subject Complement in a sentence.

Having is always followed by a Noun Phrase.

‘Having’ expresses the idea that we possess something.

The main difference between ‘being’ and ‘having’ as a Gerund:

“Being” expresses a state or experience.

‘Having’ expresses the idea that we possess something.

Compound Gerunds with ‘being’ and ‘after’ + Past Participle.

We use only Gerund but not Infinitives after the following verbs.

We can use either Infinitive or Gerund after the following Verbs.