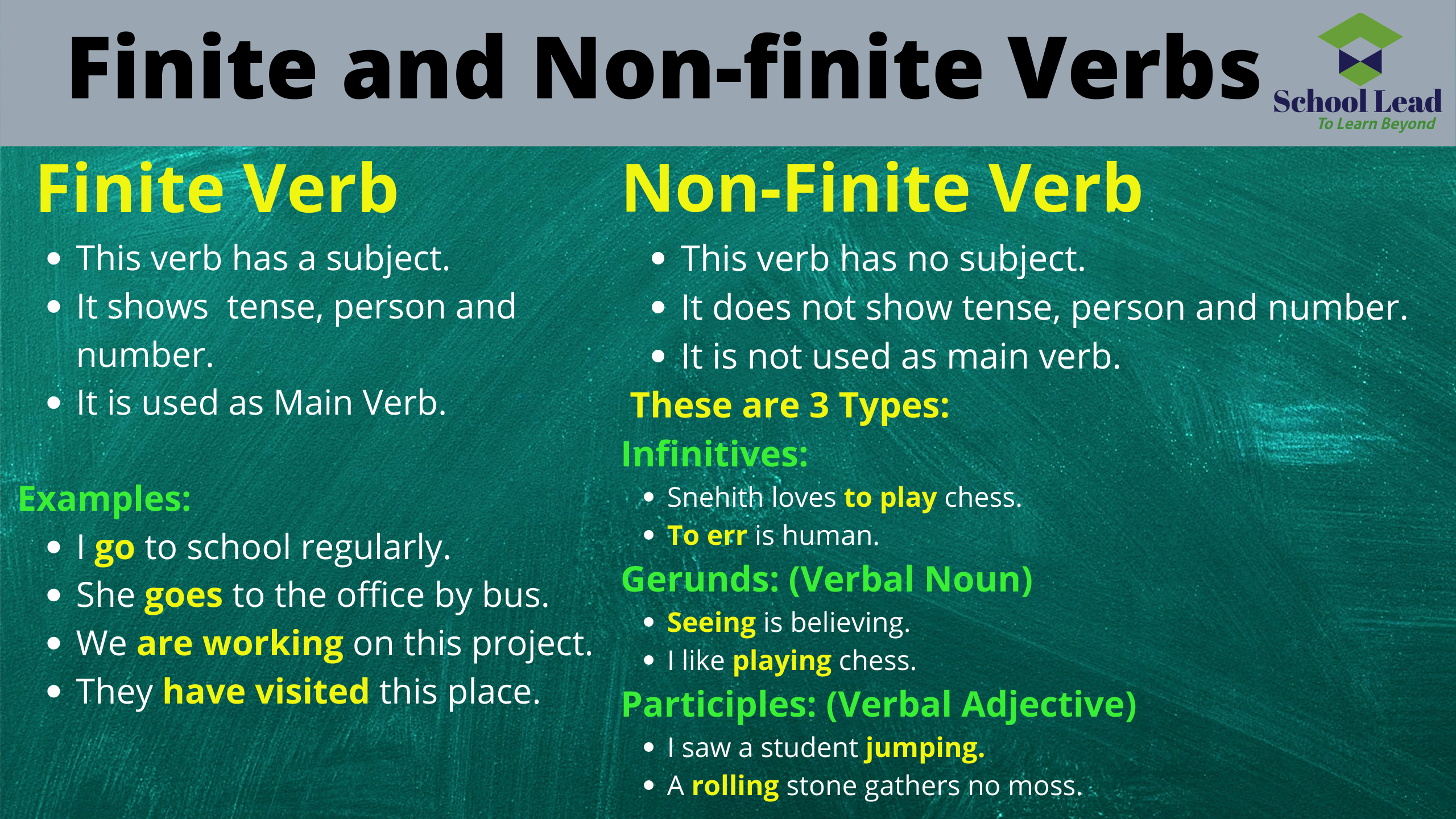 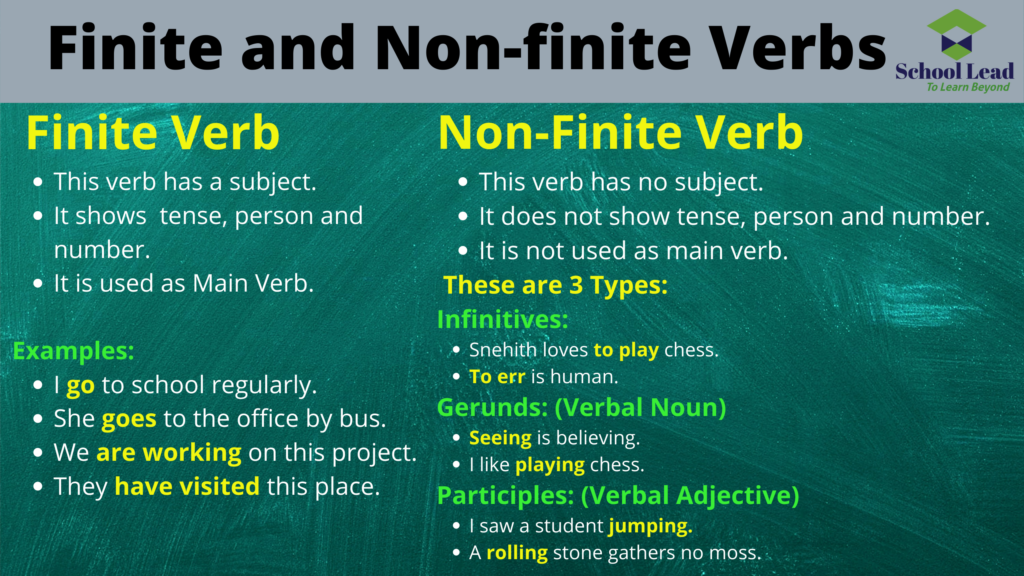 A verb that has a subject and shows grammatical tense, person and number is called a Finite Verb.  These verbs are also called Main Verbs.

A verb that has no subject and does not show grammatical tense, person and number is called a Non-Finite Verb. These verbs are usually infinitives, gerunds, or participles.

In the above sentence, ‘learns’ is a Finite Verb because it has a Subject and is limited by the Number and Person of its Subject, namely Sagarika.

But the verb ‘to speak’ is a Non-Finite Verb because it has no subject and is not limited by the Number and Person.  We do not change this Verb whatever be the Subject of the Sentence.

The Infinitives are the verbs that are not limited by any subject, tense, person and number. They are generally used to show the actions and events in a more general way rather than to show the particular time and action.

There are two kinds of Infinitives:

There are three kinds of Participles:

The Gerund is a form of the Verb ending in ‘-ing’ and used as a Noun.  It is also called a Verbal Noun.

« What is a Verb in English?
Infinitives »