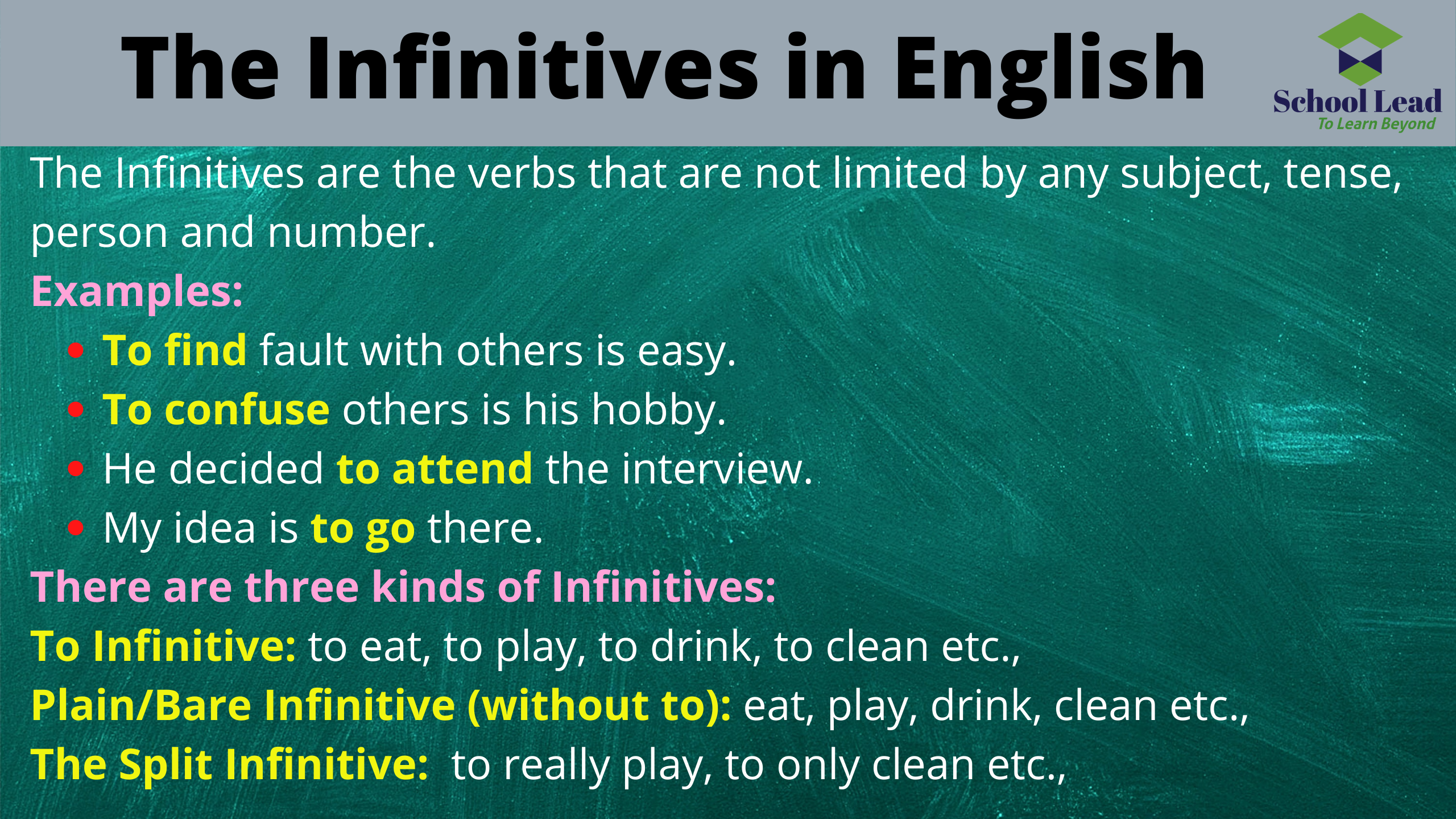 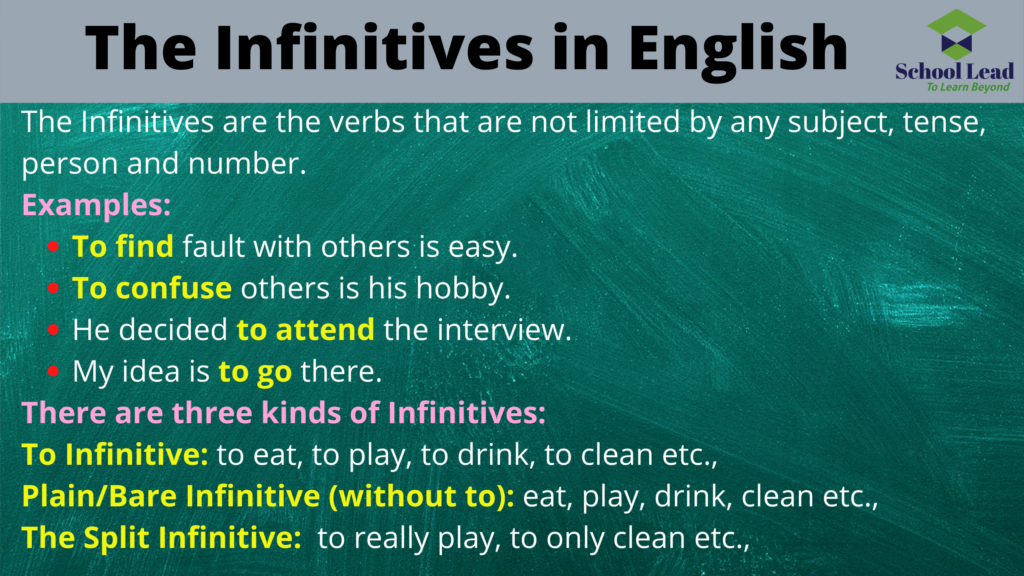 The Infinitives are the verbs that are not limited by any subject, tense, person and number. They are generally used to show the actions and events in a more general way rather than to show the particular time and action.

There are three kinds of Infinitives:

Uses of the To Infinitive:

To infinitive is of two kinds: – Simple Infinitives and Qualifying Infinitives.

As the Subject of a Verb:

As the Object of a Transitive Verb:

As the Complement of the Verb:

As the Object of a Preposition:

These infinitives are used to qualify a noun, verb or adjective.

To qualify a Noun:

To qualify an Adjective:

To qualify a Verb to express  purpose or cause:

To qualify a Sentence:

With question words like ‘what, where, when, how’ etc., but not why.

Forms of the to-Infinitive:

Uses of the Plain/Bare Infinitive:

After the Auxiliary Verbs: shall, should, will, would, may, might, can, could, do, does, did, must, need and dare:

After some expressions like: rather than, sooner than, would rather, had better

In to-infinitive construction, sometimes, an adverb or adverbial phrase is wrongly placed between the ‘verb’ and ‘to’. Such Infinitive is called the Split Infinitive.

Although this rule is not strictly followed in modern English grammar, it is advised to avoid the Split Infinitives in formal writing.

However, the Split Infinitives are used in the following sentences where we find the change of meaning.

Here, the adverb ‘really’ conveys a different meaning in the different sentences above.