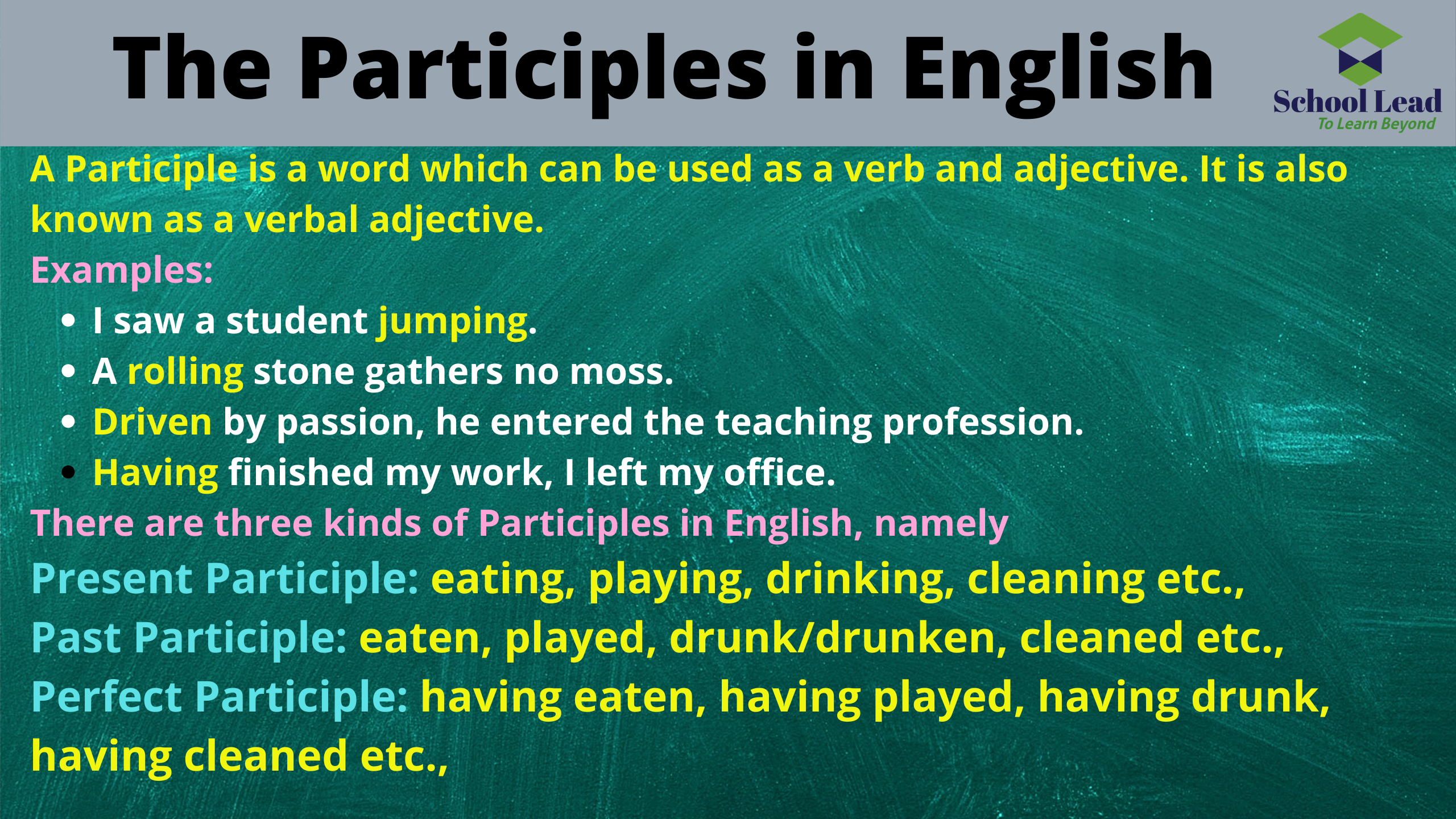 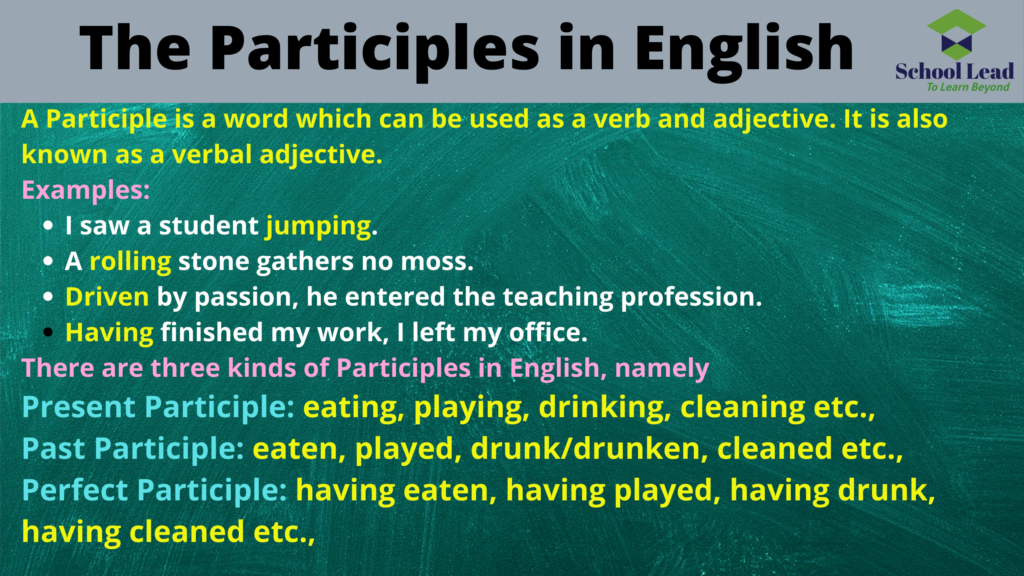 Participles in the English Language are used as verbs and adjectives. They are also known as verbal adjectives.

There are three kinds of Participles in English, namely

The Present Participles are the ‘ing’ forms of the verbs and show an action going on and incomplete. As a Participle, it is used as an Adjective.

The Perfect Participle is formed with ‘having’ +Verb and represents an action as having been completed sometime in the past.

Uses of the Participle:

As a Main Verb in the Continuous and Perfect Tenses:

As an Adjective in different positions and functions:

As an ‘Adverb’ used to describe verbs:

Absolutely with a noun or pronoun:

Here in the above sentences, the participle is used after a noun or pronoun and formed an independent phrase which is called an Absolute Phrase. The nouns or pronouns used in absolute phrases are called Nominative Absolutes.

We can easily change an Absolute Phrase into a Subordinate Clause:

As a Participle Phrase:

Use of ‘Being’ and ‘Having’ in the Participle Phrases:

Use of ‘Being’ in a Participle Phrase:

(As you are a teacher, you have to motivate the students.)

(Because I was late, I was not allowed to the class.)

(Since the teacher was absent, the class was monitored by the leader.)

(As I am not an expert, I have not been considered for the job.)

Use of ‘Having’ in a Participle Phrase:

(As she has some rest, she started preparation.)

(Since she has an idea to share, she got on to the stage.)

(As she had finished her work, she went home.)

(She is expecting the job because she has attended the interview.)

Correct use of the Participle:

When both the sentences have the same subject, a separate subject is not required in the Participle Phrase.

When different subjects are used in two different sentences, we have to use a suitable subject in the Participle Phrase. Otherwise, it may not be clear who performs the action.

Some Participles like regarding, concerning, considering, taking, speaking, touching, owing to can be used without the subject in the Participle Phrase.