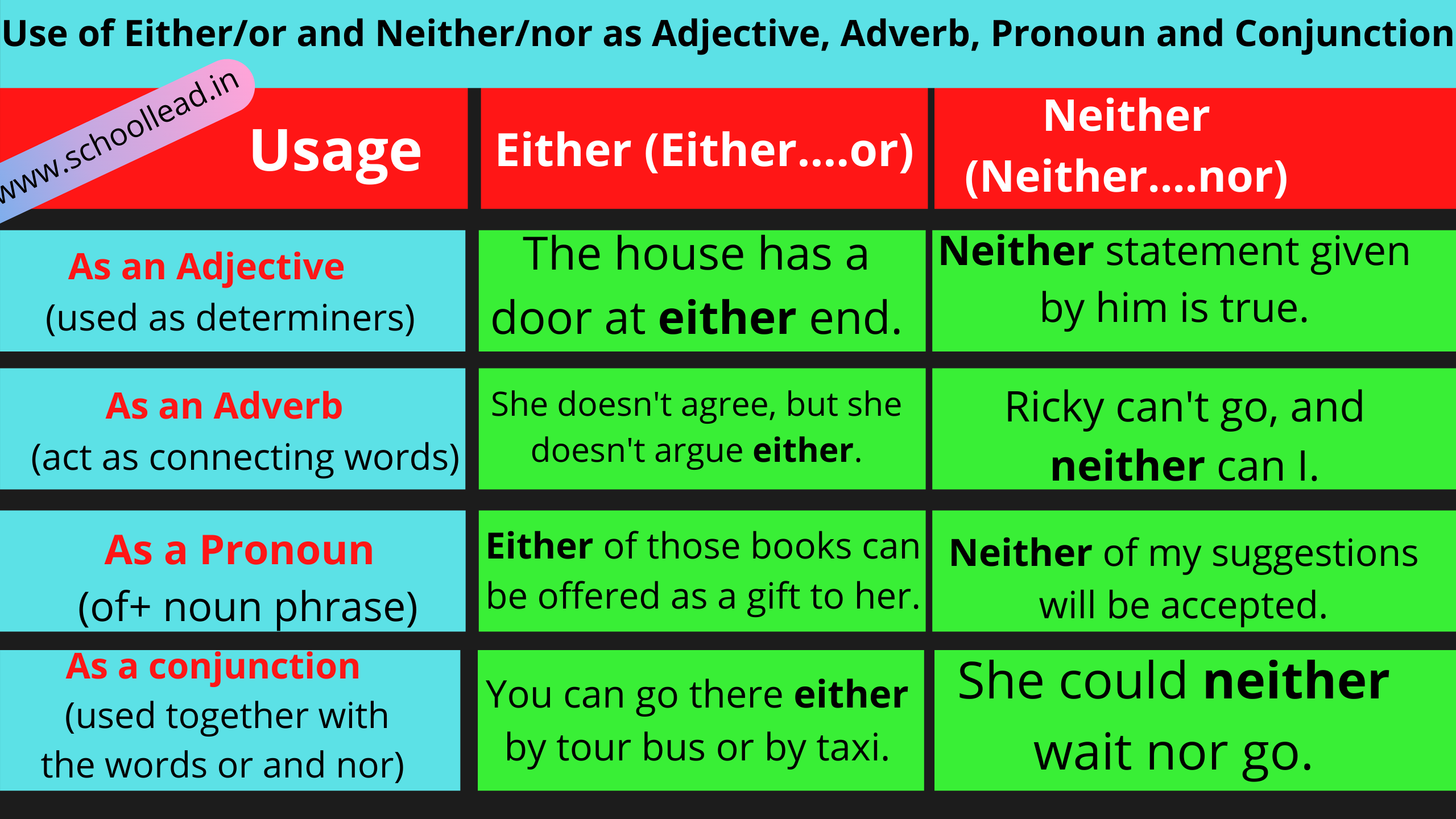 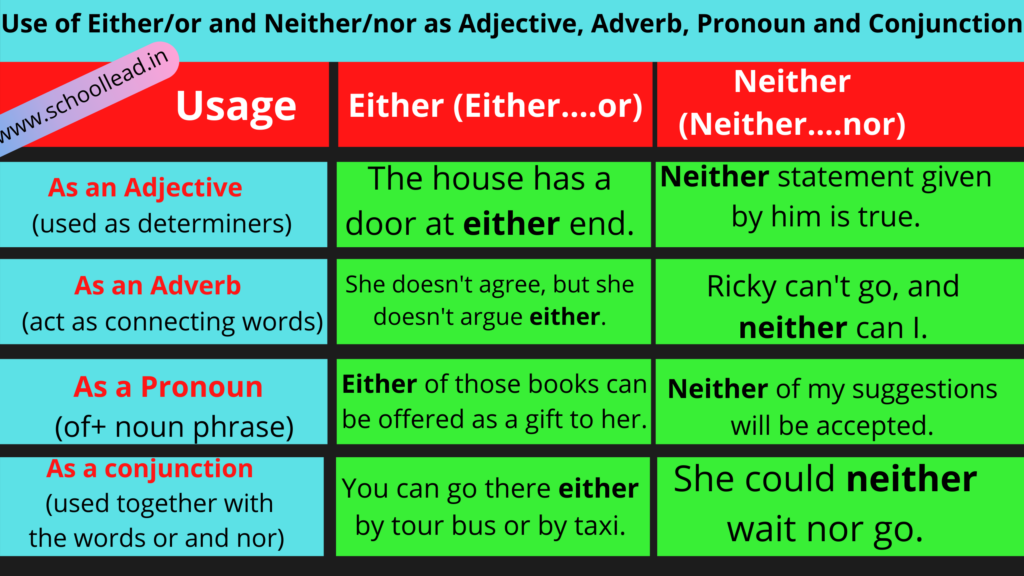 The use of Either….Or  and Neither……Nor is often confusing and even sometimes the most experts in English might feel difficulty using them. The reason is that these words or phrases are used in different parts of speech like adjectives, adverbs, pronouns or conjunctions.

Let’s see the correct use of these words in four different parts of speech along with the relevant grammar rules and example sentences.

As an Adjective – either and neither are used as determiners

For example: Either – ( either + noun/pronoun)

Example: Neither – (not either; not the one or the other)

As an Adverb – Here both either and neither act as connecting words.

Example: Either – (the word either modifies the verb and mostly comes at the end)

As a Pronoun – After either/neither comes of + noun phrase.

Example: Either – means “one or the other,

Example: Neither – not either; not one or the other.

As a Conjunction – used together with the words or and nor.

Example: Either …..Or – used together to offer a choice between two things.

Example: Neither …..Nor – used together to negate both parts of the statement.

(Neither means – not either, nor yet; no more)