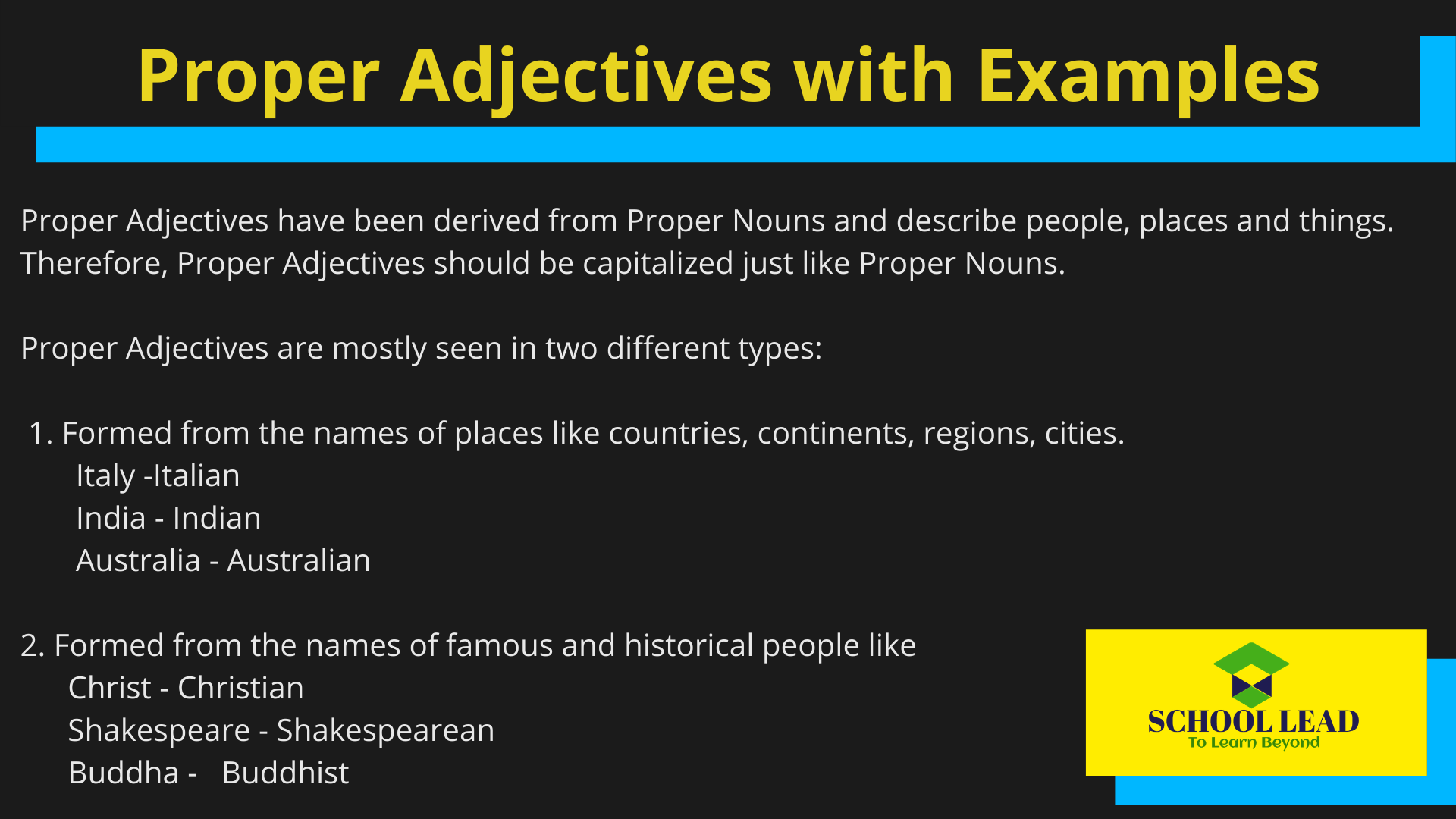 What is an Adjective?

ADJECTIVE – adds something to the meaning of a noun.

What is an Adjective? An adjective is a word or group of words used to describe or modify a noun or pronoun. It usually adds something to their meaning.

The adjectives are usually used before a noun or a pronoun, but sometimes they may be used after the verb as predicatively.

Adjectives can be used in two ways attributively and predicatively.

When an Adjective is used before the noun, it is called an Attributive Adjective.

When an Adjective is used after the verbs like be, become, grow, look, or seem, it is called a Predicative Adjective.

There are 12 types of adjectives according to their uses.

Proper Adjectives have been derived from Proper Nouns and describe people, places and things.

These adjectives are based on personal names of people, places and things.

Therefore, Proper Adjectives should be capitalized just like Proper Nouns.

2. Formed from the names of famous and historical people like

Examples based on place names:

Proper adjectives that have been derived from real or fictional people’s names are called  EPONYMOUS.  Curious to know more about Eponymous adjectives

Examples of Eponymous adjectives  based on famous people’s names: