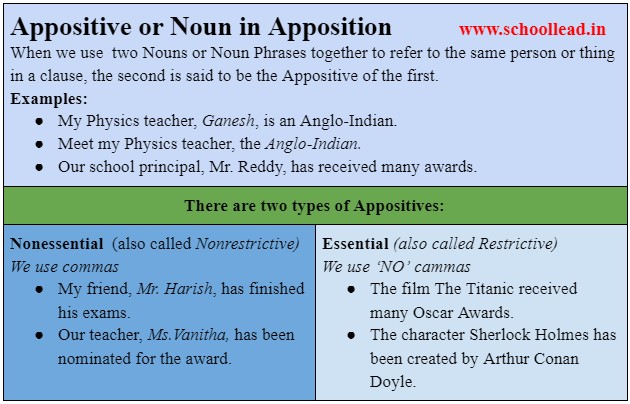 What is an Appositive?  (A Noun in Apposition)

The word appositive is derived from the Latin phrases ad and positio meaning “near” and “placement.”

How  to use the Appositive:

We use the Appositive (or second Noun or Noun Phrase) when it gives extra information which may not be necessary to identify the person or thing. This word or phrase is generally separated by commas in writing.

Since the second word or phrase is giving only additional information, the order of the Nouns or Noun Phrases can be reversed.

Essential appositives are also called restrictive appositives. As the name itself suggests, this type of noun or noun phrase is essential for a sentence to give us a clear meaning.  Here we would not use any commas to separate this part.