Are You In Need of an Education Support? Get In Touch

You are currently here! English Grammar The Noun Singular and Plural Nouns 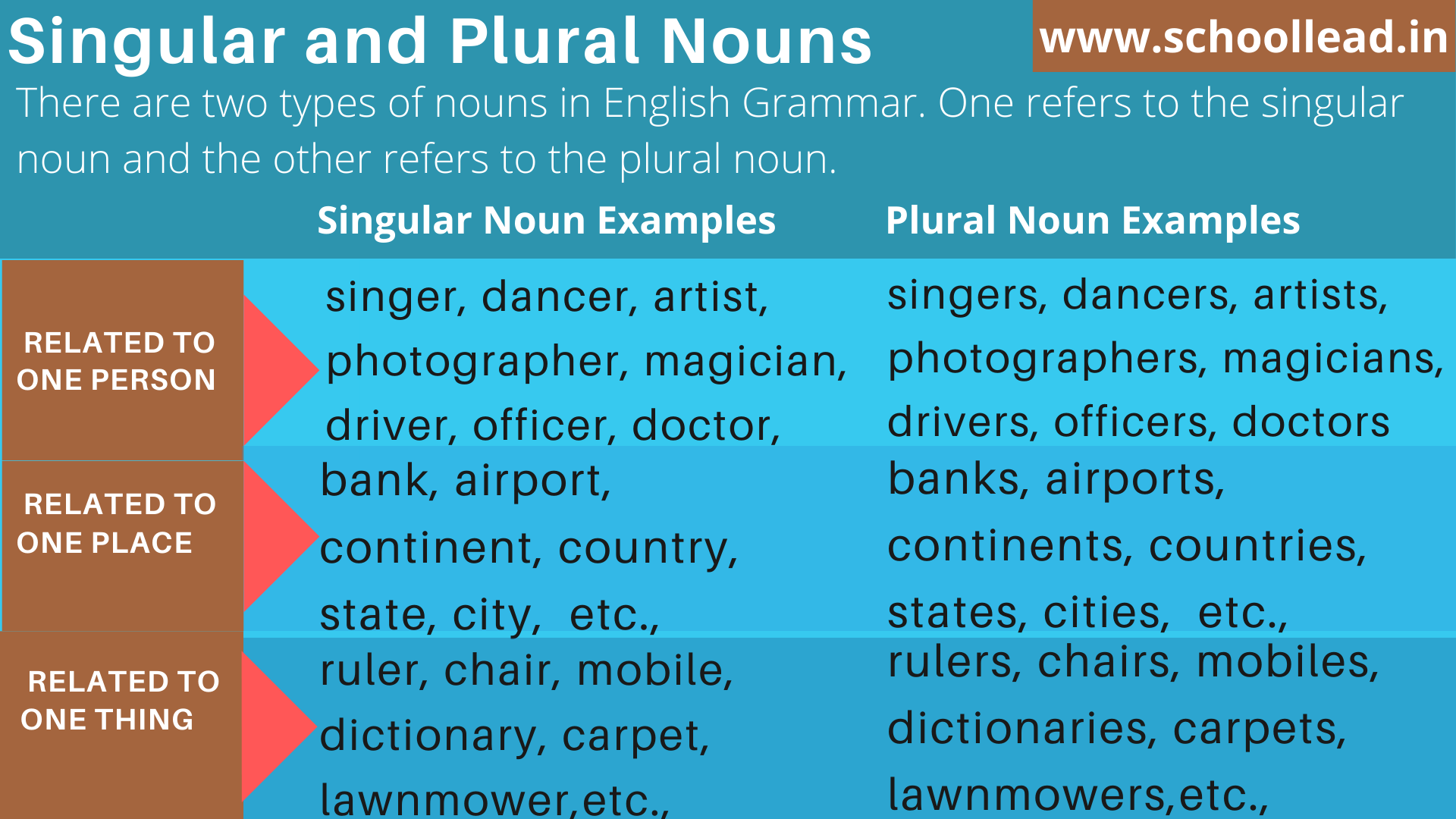 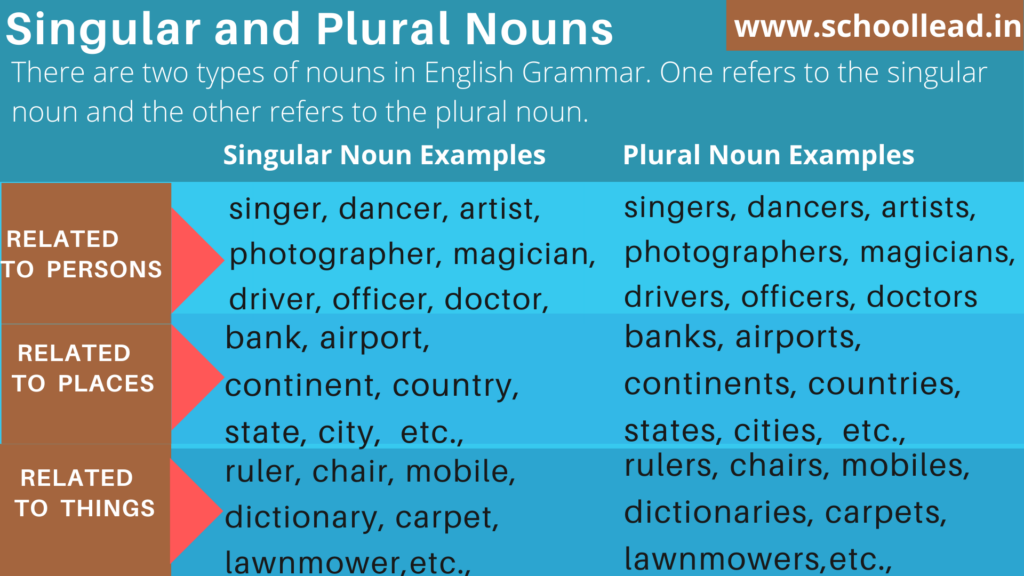 Nouns are the words used as the names of persons, animals, places, things, ideas or events.

These two nouns are also otherwise called the singular number and the plural number.

When a noun refers to one person or thing, it is said to be in the Singular Noun/Number.

These Singular Nouns can be categorised in the following manner.

When a noun refers to more than one person or thing, it is said to be in the Plural Noun/Number.

There are various RULES to form plural nouns from singular. Most of the rules have been provided here.

They are as follows:

Rule No 1: Most of the Nouns in English form their plural noun by adding ‘s’ at the end of a singular noun.

Exception 1:  The following nouns become plural when we add only ‘s’.

Rule No 8: We change inside vowels of some nouns to make them plural

Exception:  We add -’en’ to a few nouns to make them plural.

Rule No 9: Some nouns are the same in singular and plural.

Rule No 10: Some nouns have two types of  plural forms

Rule No 11: Some nouns are used only in the plural form

Names of certain tools and things:

Names of clothes and footwear:

Note: We can use ‘a pair of’ with these plural nouns.

Rule No 12: Some nouns are used only in the singular form

Names of subjects and others:

Names of some common diseases:

Names of some games:

Some nouns that refer to number, weight etc., if preceded by numerals.

Note: But, we add –’s’ to these nouns if they are used without numerals and are followed by ‘of’.

Rule No 13: Change of Compound Nouns into plural:

Rule No 14: In the case of letters, numbers, and abbreviations, we add an apostrophe and -’s’ to make them plural.

Rule No 15: Some Greek and Latin Nouns can form their plurals in the following manner:

8. The following words are from French:

Rule No 16: Some Nouns have two plural forms each with a different meaning.

Rule No 17: Some Nouns have two meanings in the singular but only one in the plural:

Rule No 18: Some nouns have one meaning in the singular, but two in the plural.

Rule No 19: Some nouns have different meanings in the singular and in the plural.

Rule No 20: Some nouns are normally used in the plural.

Note.1 When a Proper Noun is used in the plural, it becomes a Common Noun.

He is a Bruce Lee in fighting.

Kalidasa is called the Shakespeare of India

Note.2 But Some Nouns can be used in Plural like

The United States of America, The Alps, The Himalayas etc.,

Note: When the Abstract Noun is used in the plural, it becomes a Common Noun.

Truly, the beauties of Kashmir are enticing.

Note: When a Material Noun is used in the plural, it becomes a Common Noun

He does not have any coppers with him. (copper coins)

The convict has been found in irons. (fetters)

Last summer, we enjoyed ourselves in the nearby woods. (forests)

« Possessive Nouns
Gender of the Noun »