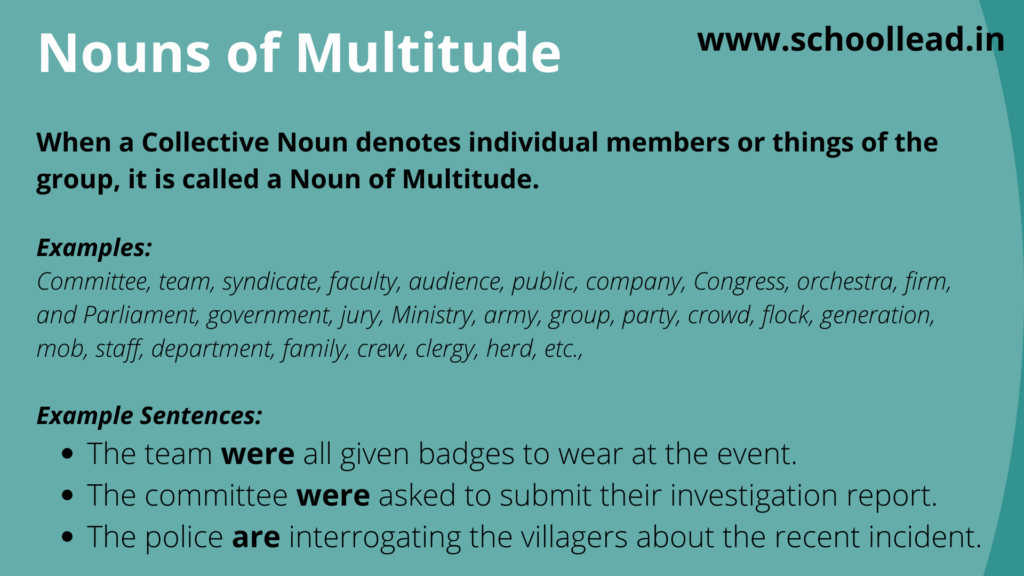 When a Collective Noun denotes individual members or things of the group, it is called a Noun of Multitude.

Collective Nouns Vs. Nouns of Multitude:

In Collective Noun, we use a singular verb whereas, in Noun of Multitude, we use a plural verb.

In the following sentences, the nouns have been used as a single unit and the singular verb is used accordingly.

Examples for Nouns of Multitude:

In the following sentences, the nouns have been used as individual members and the plural verb is used accordingly.