English Grammar The Verb What is a Verb in English? 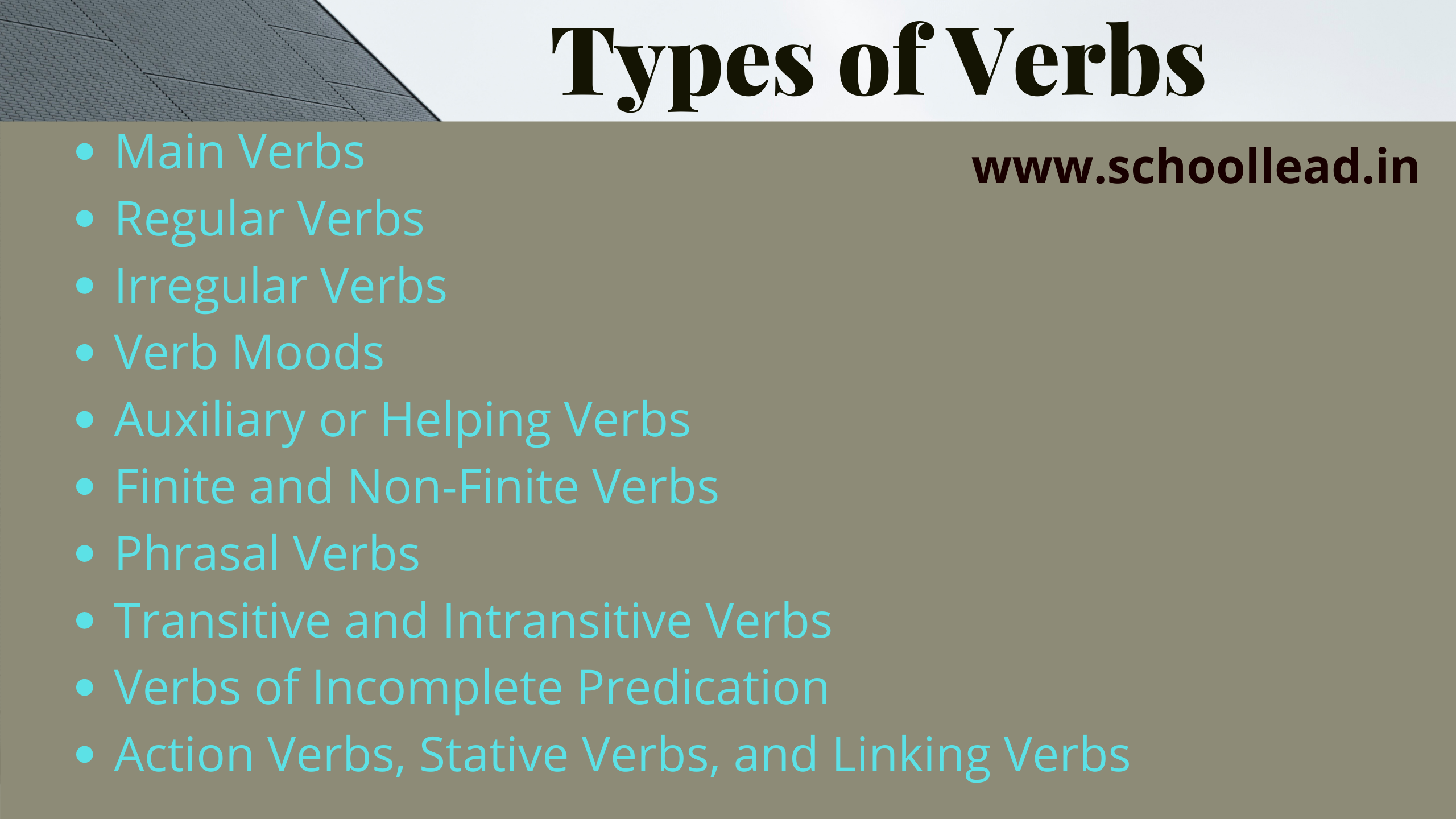 What is a Verb in English?

What is a Verb in English? 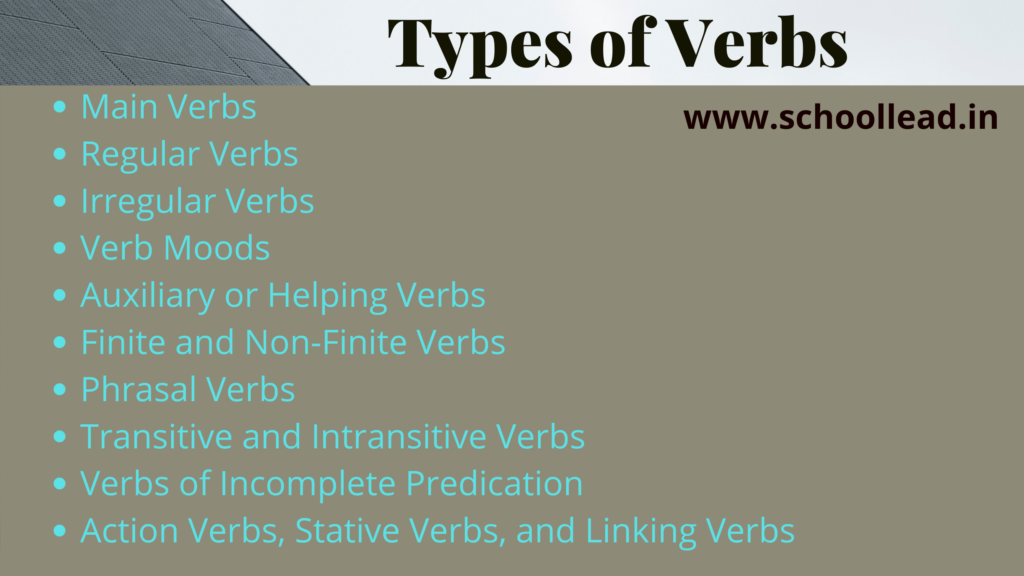 Definition: A verb is a word that tells us about an action, a state of being or existence or possession of someone or something.

As stated in the definition, the verb can primarily be described in three ways:

Action or Doing of the Verbs:

Possession or Having of the verb: (Have Forms used as Main Verbs)

State of being or Existence of the verb: (Be Forms used as Main Verbs)

The verb is found under several headings.  Here, an effort is made to explain all types of verbs to get a vivid picture of it.

Types of Verbs in English:

Every main verb has five forms as shown in the table below.

An Auxiliary Verb is also called a Helping Verb.  It is used with a main verb to help express the main verb’s tense, mood, or voice.

There are three types of Auxiliary Verbs in English.

A verb that has a subject and shows grammatical tense, person and number is called a Finite Verb.  These verbs are also called Main Verbs.

A verb that has no subject and does not show grammatical tense, person and number is called a Non-Finite Verb. These verbs are usually infinitives, gerunds, or participles.

The verb in English has been found in three different categories.

The mode or manner in which a Verb is used is called its Mood.

There are three Moods in English:  Indicative, Imperative, and Subjunctive.

The Verbs which require a word or phrase to make a complete meaning of the sentence are called the verbs of incomplete predication.

Here the verb refers to Linking Verb or Intransitive Verb which requires a Subjective Complement to make complete sense.

Generally, every sentence in English Grammar contains a subject and a verb. So the verb should agree with its subject in number (singular or plural) and person (first, second, or third). The basic rule in English is that singular subjects take singular verbs, and plural subjects take plural verbs.

Subject and Verb agree in number (singular or plural)

Subject and Verb agree in person (first, second, or third)

In the present simple tense, we have to use plural verbs (verbs ending in –s) with the third person singular subjects.