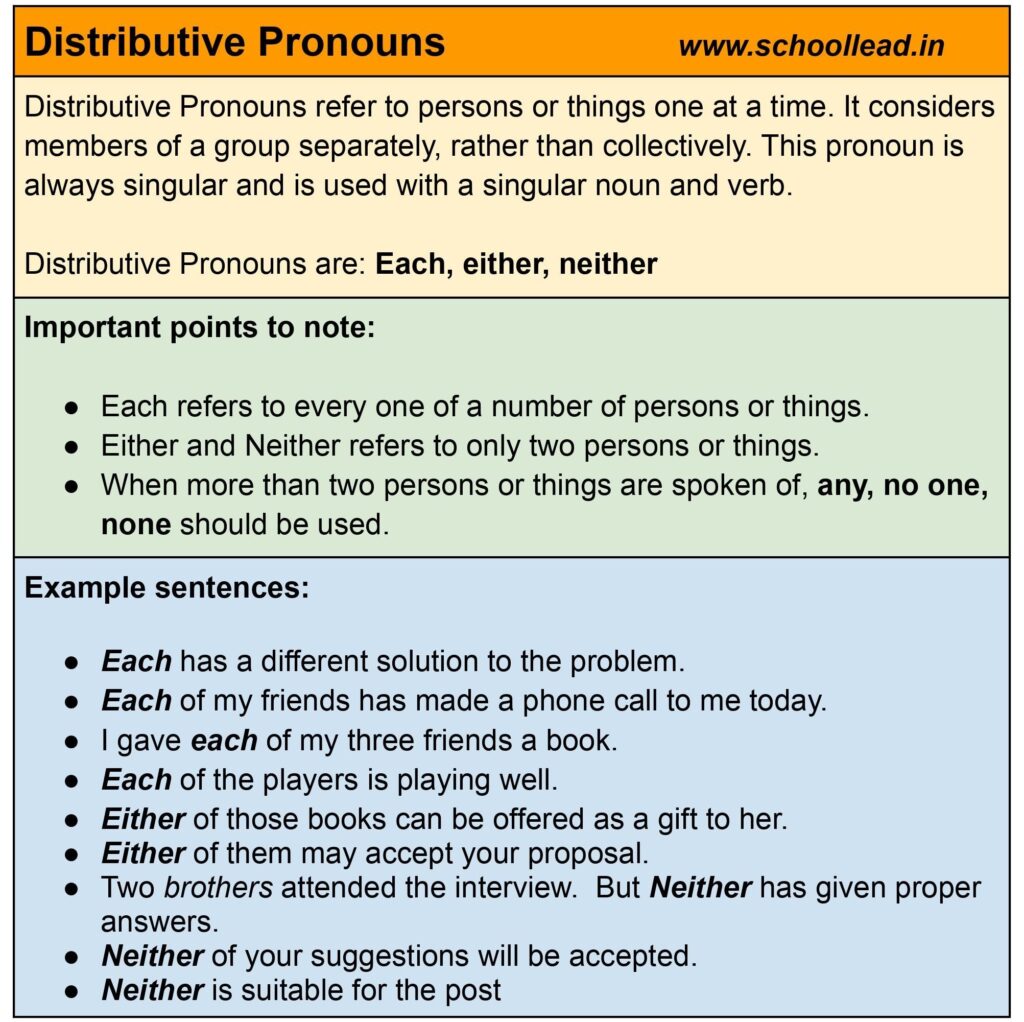 Distributive Pronouns refer to persons or things one at a time. It considers the members of a group separately, rather than collectively. This pronoun is always singular and is used with a singular noun and verb.

Distributive Pronouns are: Each, either, neither

Distributive pronouns like ‘either of’, ‘neither of’ and ‘each of’ are used with a plural noun but a singular verb:

Distributive Pronouns each, either and neither can also be used as Distributive Adjectives. They are followed by nouns of the singular number: