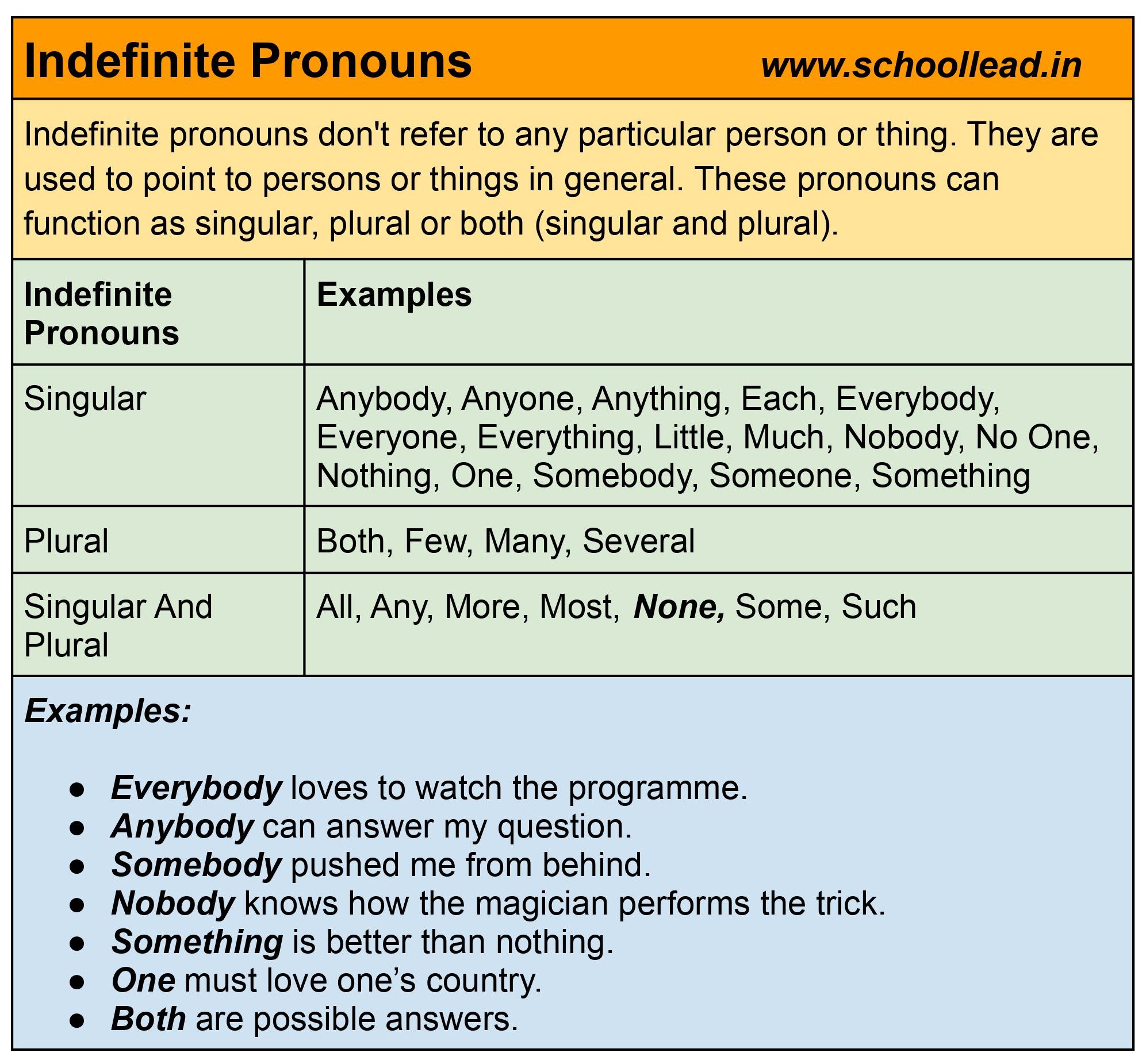 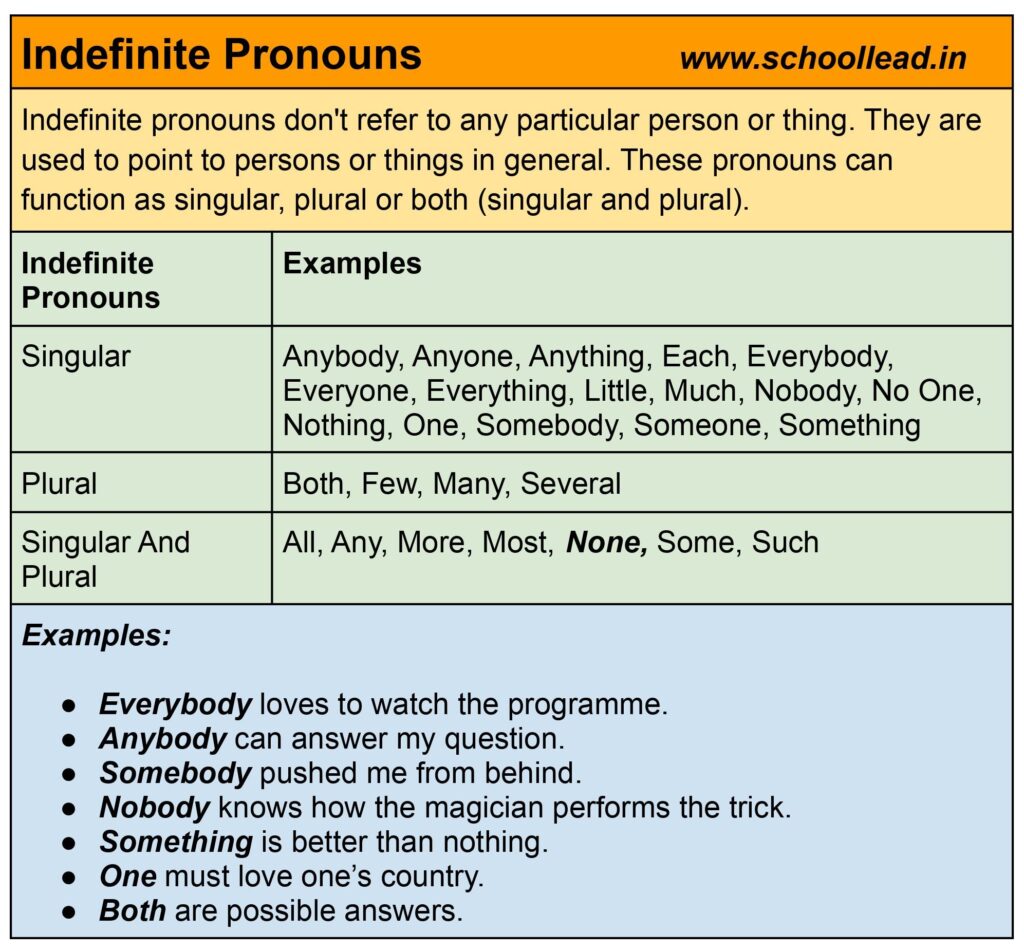 Indefinite pronouns don’t refer to any particular person or thing. They are used to point to persons or things in general. These pronouns can function as singular, plural or both (singular and plural).

When a sentence is written using indefinite pronouns, we have to make sure the verb and personal pronouns all need to agree.

Indefinite Pronouns will become Adjectives when they are followed by a noun.