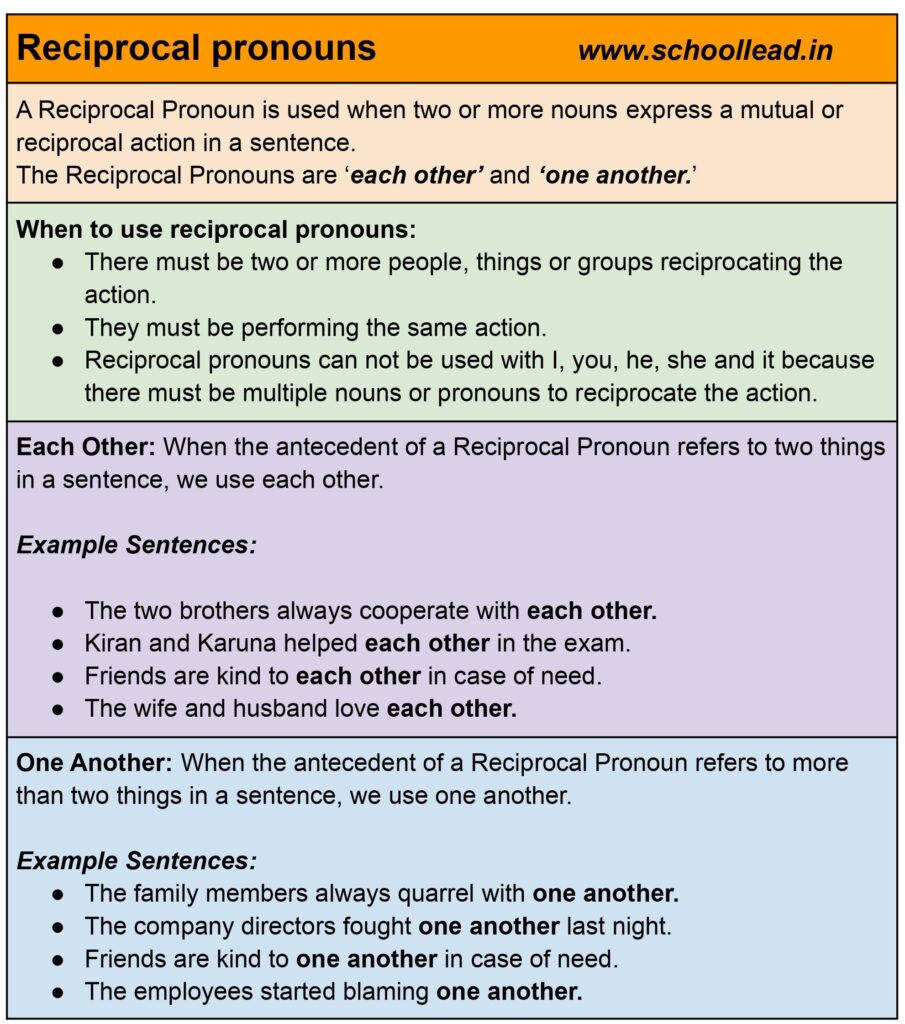 Reciprocal Pronouns are used when two or more nouns express a mutual or reciprocal action in a sentence.

The Reciprocal Pronouns are ‘each other’ and ‘one another.’

The main purpose of using these pronouns is to stop unnecessary repetition in a sentence and show the collective and reciprocal action that happens between two or more persons or things.

Just observe the above sentences, how we have written in a better way by using ‘each other’ and ‘one another.’

When to use Reciprocal Pronouns:

Use of ‘Each Other’ and ‘One Another’:

Each Other: When the antecedent of a Reciprocal Pronoun refers to two things in a sentence, we use each other.

One Another: When the antecedent of a Reciprocal Pronoun refers to more than two things in a sentence, we use one another.