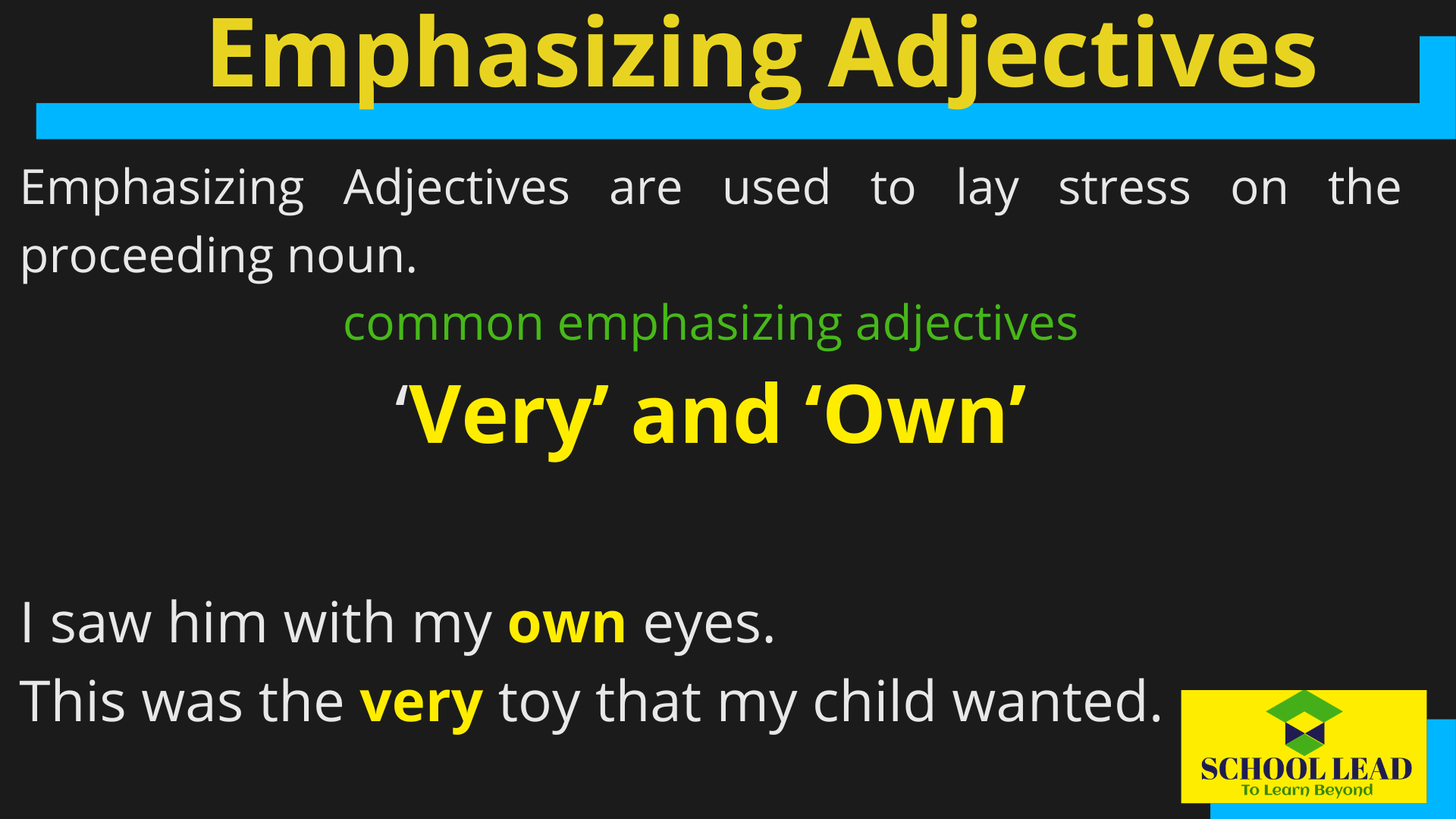 What is an Adjective?

ADJECTIVE – adds something to the meaning of a noun.

What is an Adjective? An adjective is a word or group of words used to describe or modify a noun or pronoun. It usually adds something to their meaning.

The adjectives are usually used before a noun or a pronoun attributively, but sometimes they may be used after the verb as predicatively.

When an Adjective is used after the verbs like be, become, grow, look, or seem, it is called a Predicative Adjective 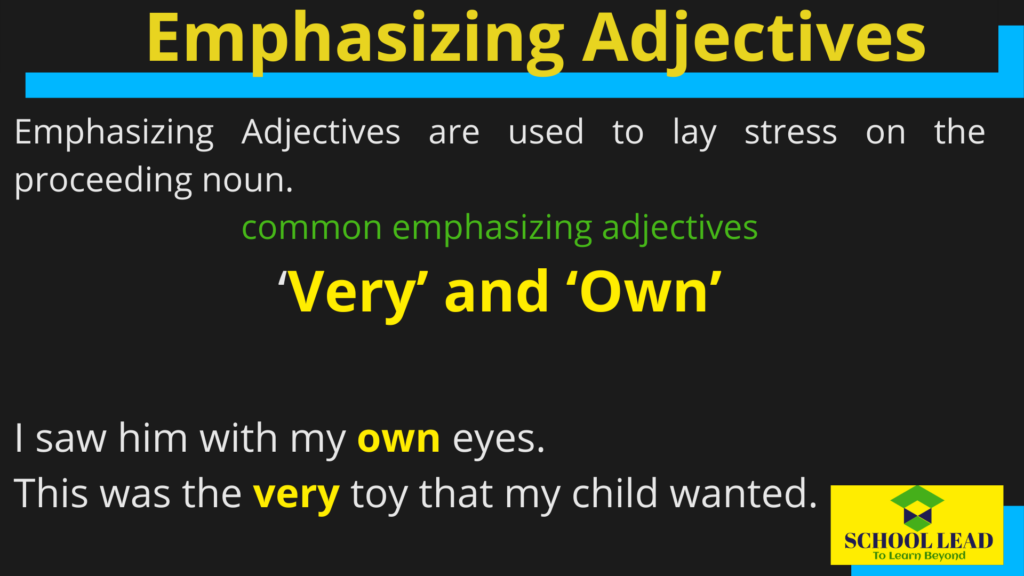 The adjectives which are used to lay stress on the proceeding noun are called the emphasizing adjectives.

‘Very’ and ‘Own’ are the common emphasizing adjectives.