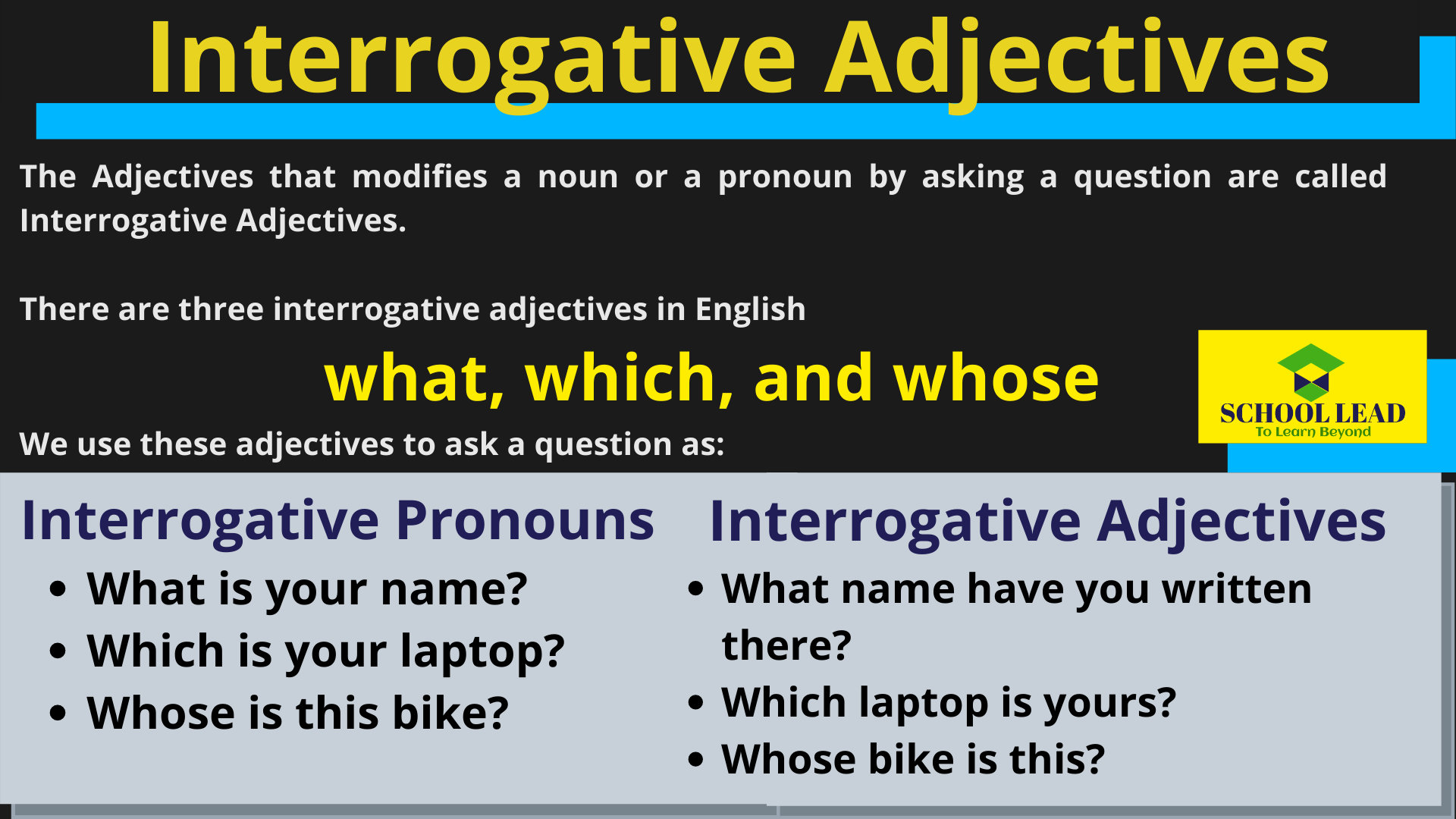 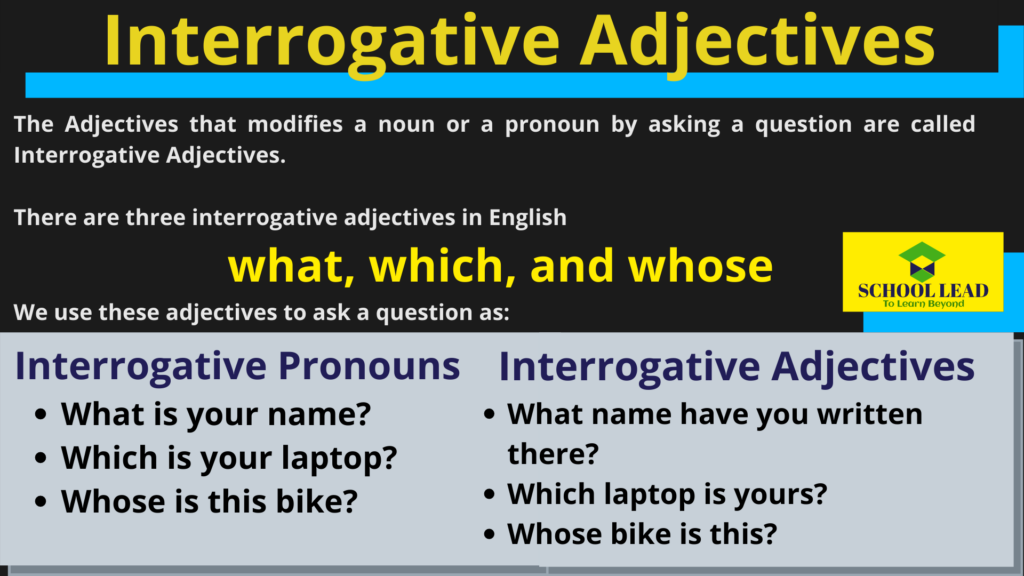 They are: what, which, and whose

We use these adjectives to ask a question as:

Examples of Interrogative Adjective in Sentences:

These two adjectives are mostly interchangeable, but there is a little difference between them.

There is a common confusion between these because the words what, which, and whose can be used in both ways.

It is very easy to identify them.  Let’s find out in the following sentences.