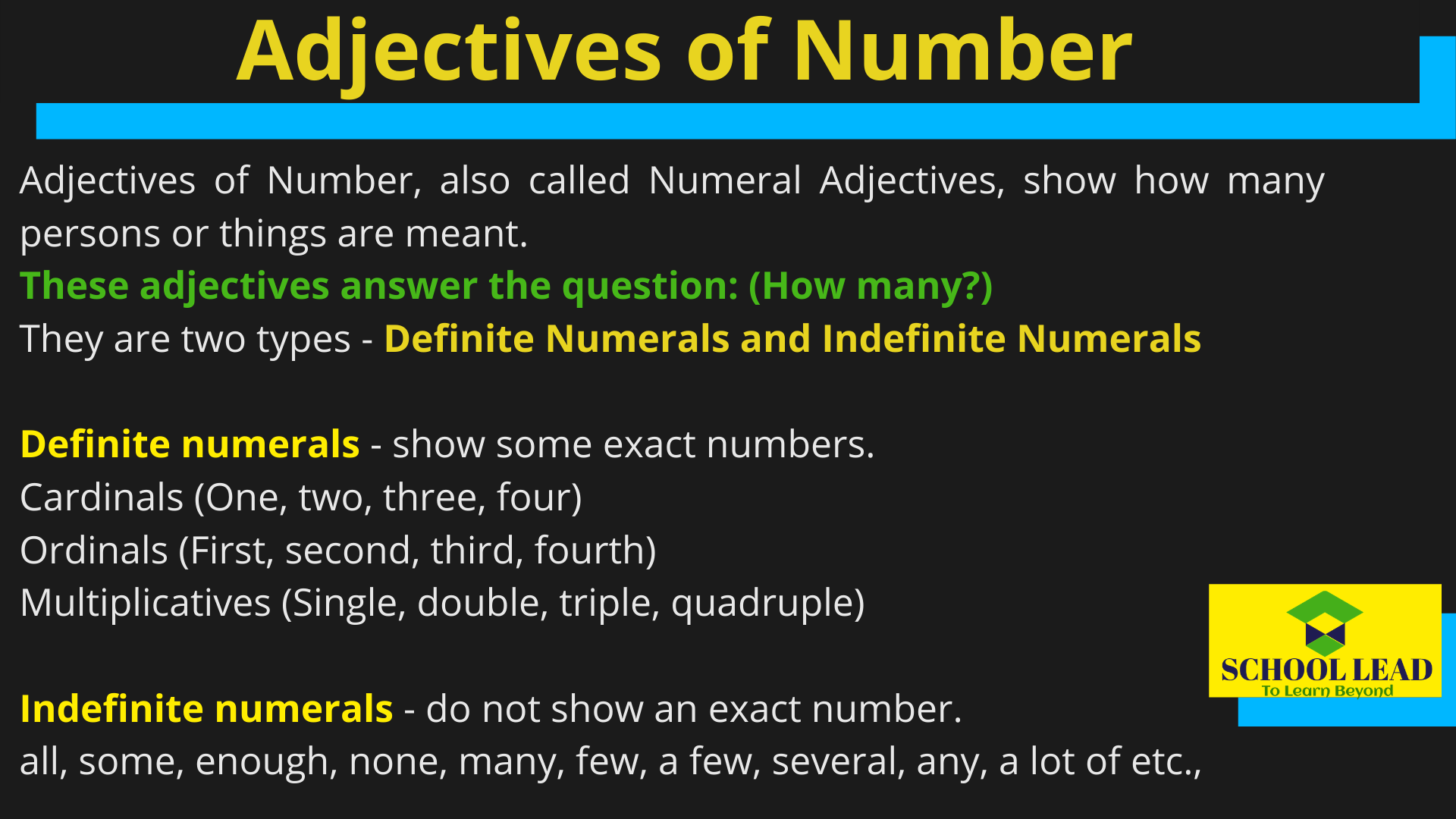 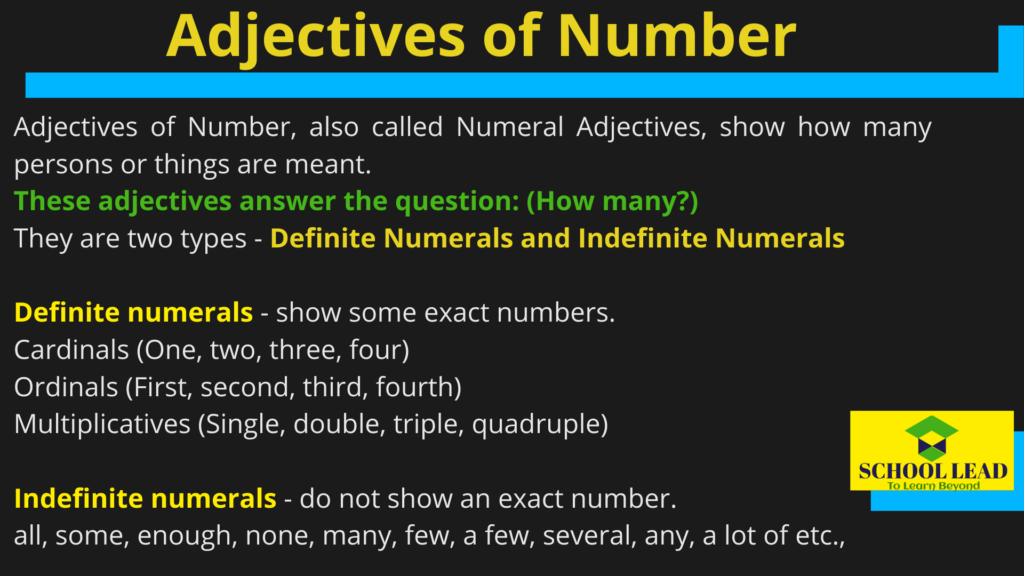 Adjectives of Number also called Numeral Adjectives show how many persons or things are meant.

These adjectives answer the question: (How many?)

Definite numerals – show some exact numbers. They are of three kinds

Indefinite numerals – do not show an exact number. They are applied to indefinite numbers.