Figures of Speech in English Language 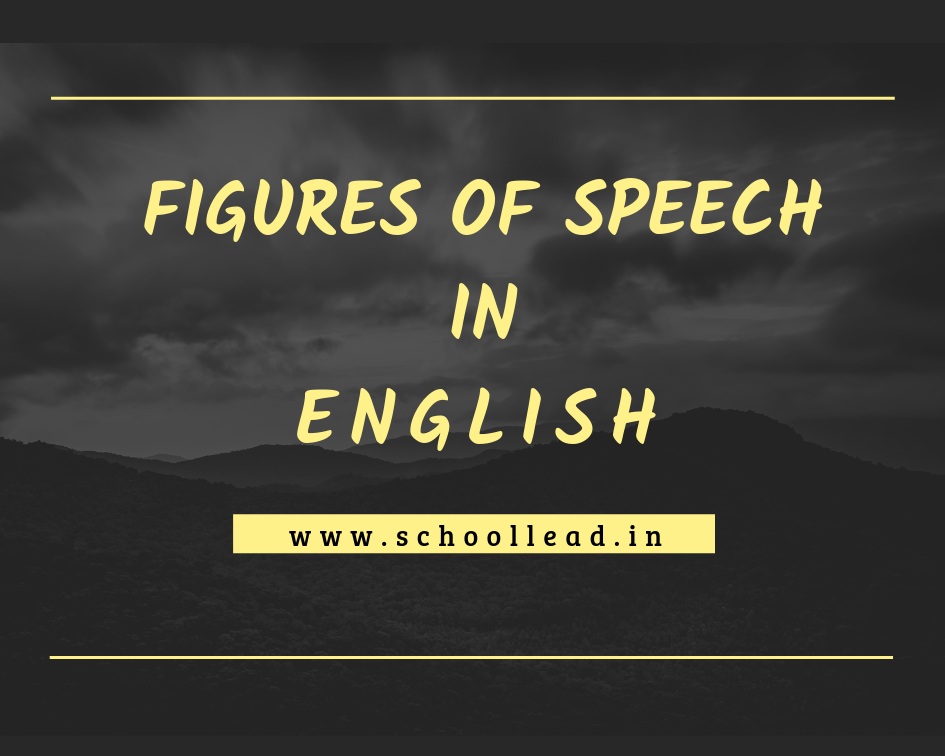 Figures of Speech in the English Language

Alliteration is a figure of speech which describes the repetition of consonant sounds at the beginning of the neighbouring words or, sometimes, at a stressed syllable within a word.

The sails dropped down

Examples with the names and phrases:

An allusion is a figure of speech in English Language that makes a direct or indirect reference to people, places, events, literary works, myths, and work of art.

Antithesis is a figure of speech that tells us about two opposing or contrasting ideas put together in a sentence.

Euphemism is a literary device used to replace harsh, blunt or unpleasant words or expressions with polite or pleasant expressions.

Hyperbole is a figure of speech used to exaggerate a point extremely or to show emphasis. It is generally used for humour and may not be taken literally.

The irony is a figure of speech in the English Language in which words are used to express something different from and often opposite to their literal meaning. It is the difference between how things seem to be and reality. There are three types of irony: verbal, dramatic and situational.

Verbal Irony involves when a speaker says one thing, but means another. It is a contrast between what is said and what is meant.

Example:  When you say, “What a great idea!” for a foolish idea

The actual happening is opposite to what a character expects.

The writer creates a character that will act or speak as his mouthpiece and would be directly contrasting with the truth. (Based on miscommunication and misunderstanding.)

Example: In Shakespeare’s play Romeo and Juliet, when Juliet is drugged, Romeo assumes her to be dead, and kills himself. Upon waking up Juliet finds him dead and kills herself.

The word metaphor is derived from the Greek language meaning “transfer”. It is a figure of speech that compares two or more different things or ideas without using the words ‘like or as’.  It is an advanced Simile.

And all the men and women merely players;

They have their exits and their entrances;

Onomatopoeia is the representation of a sound by an imitation. Poets often convey the meaning of a verse through its very sound.

The word ‘onomatopoeia’ comes from the combination of two Greek words, onoma and poiein which mean “name” and “to make,” respectively. It literally means to make a name (or sound).

Onomatopoeia words may be nouns as well as verbs. For example, ‘slap may be the sound (noun) or it may be an action (verb).

Oxymoron is a figure of speech in the English Language in which two contradictory ideas or words are put together. Basically, it is used to focus on the apparent contradictions and adds smoothness and crispness to the style of writing.

Personification is a figure of speech in which non-human or inanimate objects are described in such a way that they have the ability to act like human beings.

(Here, the sun is personified as a man.)

(Here, the storm is personified as a man.)

(Here, Mirror has been assumed to be a person.)

A pun makes a play on words. It is also called paronomasia. It uses words that have several meanings or words that sound similar but have different meanings. Pun may be used to create a comic, serious, or ironic effect.

Perhaps no other writer is better known for pun than William Shakespeare.

Repetition is a figure of speech in which the same words or phrases are repeated a few times and stress on some topics, words, etc., In repetition, single words, phrases, lines, and sometimes, even whole stanzas are repeated to create a musical effect and also to make an idea clearer and more memorable.

In the poem ‘The Rime of the Ancient Mariner’

A simile is a figure of speech which is used to compare the similarities between two different things.  In Simile we use the words ‘like’ or ‘as’.

The word Synecdoche is derived from the Greek meaning “shared understanding”.  It is a figure of speech in which a part is made to represent the whole and sometimes, the whole is used to signify a part.

A Part to Represent a Whole

A Whole to Represent a Part

A Specific Class to Represent a Whole

The word tautology is derived from the Greek words ‘tauto’, and ‘logos’ which means ‘same’, and ‘word or idea.’ respectively. Tautology is a statement that refers to the same sense in different words. It is a superfluous repetition to give the impression that the writer is providing extra information.