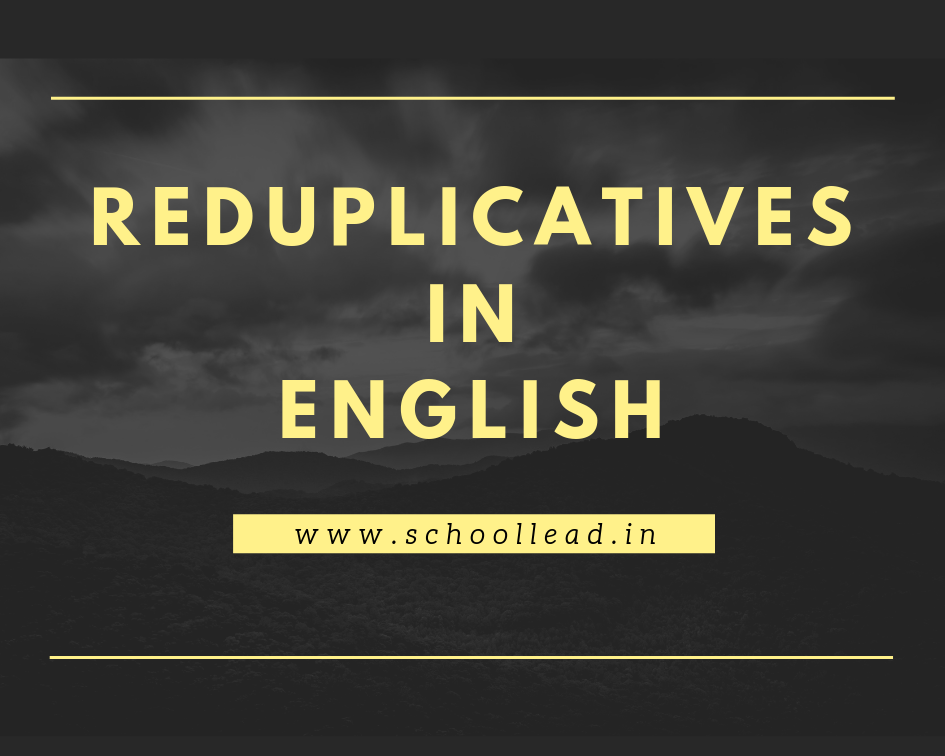 In this process,  the word repeated is exactly the same as the first or base word. Baby words are also described as exact reduplications.

2. Rhyming Reduplication: ( with a change of consonant)

In this process of Reduplication, the second word rhymes with the base word by altering its consonant.

3. Ablaut Reduplication: (with a change of vowel)

In this process of reduplication, the second words are formed by changing of a vowel in the base words.

In this process of reduplication, we form a reduplicative by adding a ‘shm’ or ‘schm’to the base word just before a vowel sound in the first syllable. It is used to convey irony, sarcasm, skepticism, wit and poking fun. This process came into use in the U.S. with Yiddish speakers in the late 19th century.

What is an Adverb?

School Lead is a leading overseas education consultancy. It was started with a passion to provide hassle-free and quality services to the students who aspire to study abroad. We offer end-to-end services with the tie-up of a huge number of universities in the countries like the USA, UK, Australia, Canada, and various other countries.