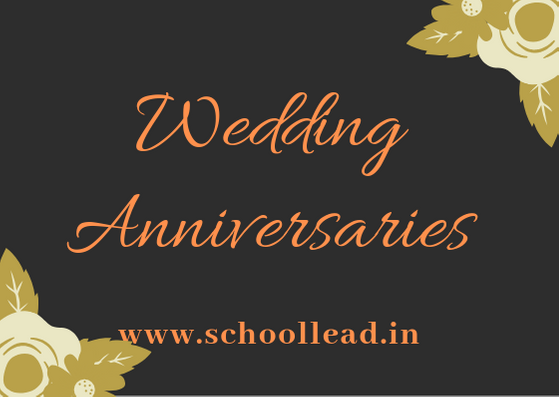 A wedding anniversary is the anniversary of the day on which the wedding has taken place. Since marriage is a major significant and most sacred event in everybody’s life, the essence of true relationship and the joy of togetherness for the number of years they spent is shared and felt by the way of celebrations. People used to celebrate 25 and 50 years of their marriage days in the medieval times and these wedding anniversaries were called Silver Jubilee and Golden Jubilee celebrations respectively. But in recent times, the tradition has changed. Each year of the marriage day has occupied a greater value and wedding anniversaries are celebrated with different themes and gifts.

Here is a list of wedding anniversaries of 1-75 years with names and themes, gifts, and flowers that are relevant to each year of marriage.